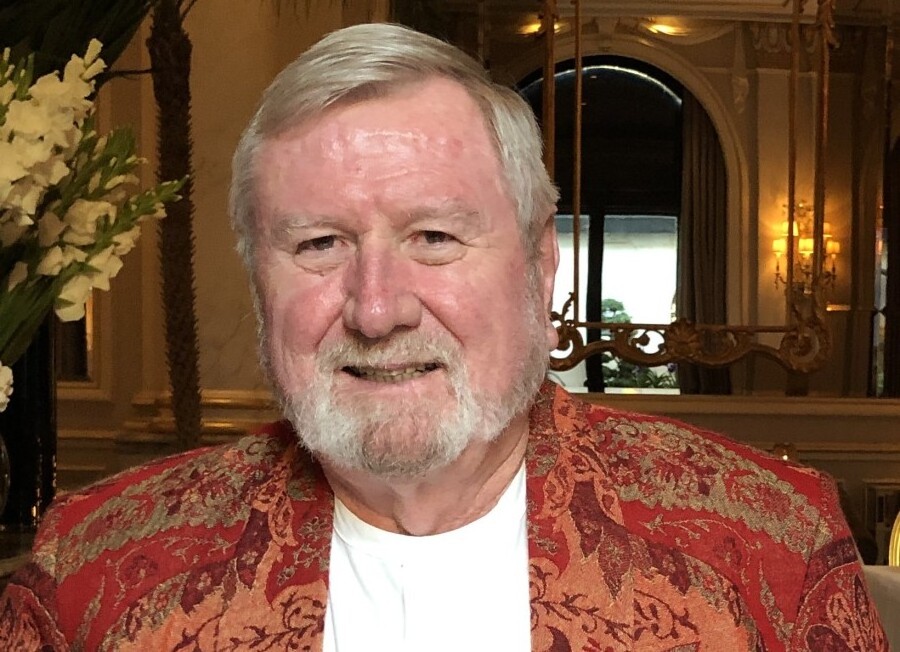 Marshall Collier Hartmann was born in Troy, Alabama on July 1st 1944 and died at Jacksonville Baptist South Community Hospice nursing center, where he left this world peacefully to be with his Lord on July 16th 2021. For his first decade of his life Marshall grew up in Miami. He then moved to Savannah and Cotton Hall plantation in South Carolina. He was educated at McCauley, Chattanooga, TN; Georgia Tech and Florida State., graduating with  a BS and an MBA. His career spanned several financial and strategic planning positions which led to him becoming an entrepreneur founding his own oil field services company in Odessa, Texas. When the oil market collapsed in 1987 he moved to St Thomas, US Virgin Islands, and spent most of the 1990’s in Ponte Vedra Beach before returning to St Thomas. He retired in 2004 and for the past 17 years travelled and explored the world with his wife Lynda. Marshall and Lynda lived at their home in Estate Botany Bay, St Thomas; and had a retirement home in Henley, Vicars Landing since 2019. Predeceased by his first wife Evelyn, and brother Clarke: Marshall is survived by his sons Marshall Jr, William and Daniel; and by his grandchildren Sydney and Peyton from Marshall Jr, Lorren, Samuel and Hannah from William, and Pace from Daniel; and by his brother Ed and sister Karen; and by his last wife Lynda

There will be a service on 07/23/21 at 11:00am at Christ Episcopal Church, Ponte Vedra Beach. He will return to his home for a funeral on 07/31/21 at 2:00pm at the St Thomas Reformed Church, Charlotte Amalie, St Thomas, US Virgin Islands. Marshall will be laid to rest at his home in Estate Botany Bay. In lieu of flowers, donations in his name may be made to the St Thomas Reformed Church. https://strchurch.org/