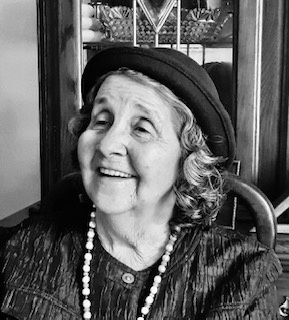 Margaret Ann (Wiles) Ford, 86, passed away peacefully into the arms of Jesus on August 4th, 2022, surrounded by her loving family.  She was a devoted wife, mother, grandmother, great-grandmother, sister, aunt, and friend. During her journey through Alzheimer’s Margaret remained strong in her Christian faith and when her other memories faded, she often would spontaneously sing “Jesus Loves Me”.

Margaret was born on December 23, 1935, on her family farm in Lantz Ridge, West Virginia to Charles Delbert Wiles and Edna Dorothea (Lawton) Wiles.  Fondly remembered as one of the “Ridge Girls”, her life centered around Mt. Olivet Lutheran Church and the one-room schoolhouse.  She was a princess at the Annual Buckwheat Festival and attended Aurora High where she met her high school sweetheart, Cecil Glen Ford. A self-proclaimed “strong country girl” she moved to Washington D.C. and worked for the FBI.  On September 5, 1954, she married the love of her life, “Cec” at St. John Lutheran Church in Redhouse, Maryland and began her life as a Navy Wife.

As stated on the Navy Memorial, “They who wait also serve.” Momma took great pride in her responsibilities.  During their fifty-five years of marriage, they raised four children, travelling together to his duty stations including California, Washington D.C., Hawaii, Maryland, Ohio, Scotland, West Virginia, and Florida.  Every night she led us in prayer as she served a home cooked meal with all the family gathered together.  She ran a tight ship with a knack for taking care of everything.  Family was her masterpiece, and she was involved in every detail.  She was a devout Christian and longtime member of Bethlehem Lutheran Church where she enjoyed many cherished friendships, participated in many activities including singing in the choir, volunteering with skating and VBS, and enjoying bowling and playing senior cards with her friends.

She was predeceased by her husband, her parents, her siblings; Albert Lawton Wiles, Charles Delbert Wiles Jr., and Catherine Virginia (Wiles) Tingley, her great grandson, Tyler Matthew Gray, and her son-in-law Steven Blanchard.

She will be deeply missed, but we are comforted by the fact that she left this world peacefully, finally being where she wanted to be … in Heaven with Daddy!

A visitation will be held Monday, August 8, 2022, from 5 to 7 p.m. in the Chapel of Quinn-Shalz Family Funeral Home. A funeral service will held Tuesday, August 9, 2022 at 12:00 p.m. at Bethlehem Lutheran Church in Jacksonville Beach.