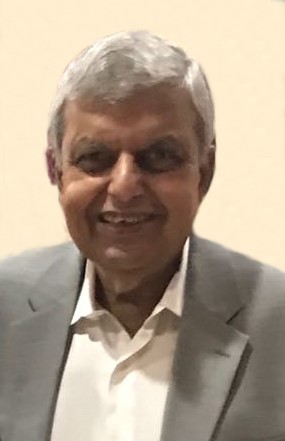 Mahendrakumar was born in 1949. He was born and raised in Kadi, Gujarat. He was the oldest of his three siblings. He loved his parents and two younger sisters dearly. He was also very attached to his “Mosal” that was in Kadi. He loved his maternal uncle (mama) and aunt (mami) with all his heart. He moved to Mumbai for further education. He studied at the NM College of Commerce to pursue his Bachelor of Commerce degree. While studying, he helped his father- Kantilal Jarecha to grow the family business and establish a manufacturing unit in Ahmedabad, Gujarat. He later moved to Ahmedabad to take care of the family business. With his experience, he established his own dyes and chemicals’ trading company and ran it until he retired. He was also passionate about travelling. He travelled the entire India more than three times in his life. He remembered all the Indian Railway names, stations, and their arrival/departure timings.  He liked travelling in the United States as well. He also enjoyed speaking in English more than speaking in Gujarati. He loved collecting and wearing different watches.

Mahendrakumar loved watching news and movies, especially Raj Kapoor’s songs. Mahendrakumar was also passionate about cricket. In his childhood, he broke his bones a couple of times while playing that sport. He used to fly to different cities to watch many live cricket games. He cheered for the Indian cricket team all his life.

Funeral services will take place on Friday, March 12th, 2021 in the Chapel of Quinn-Shalz Family Funeral Home in Jacksonville Beach, FL, for the safety of all, the service will be limited to family and close friends. Following this ceremony, a link to the recording will be attached as well as a link to a slide show celebrating his life on www.quinn-shalz.com. Thank you to all our family and friends who have come together in helping us in these difficult times.