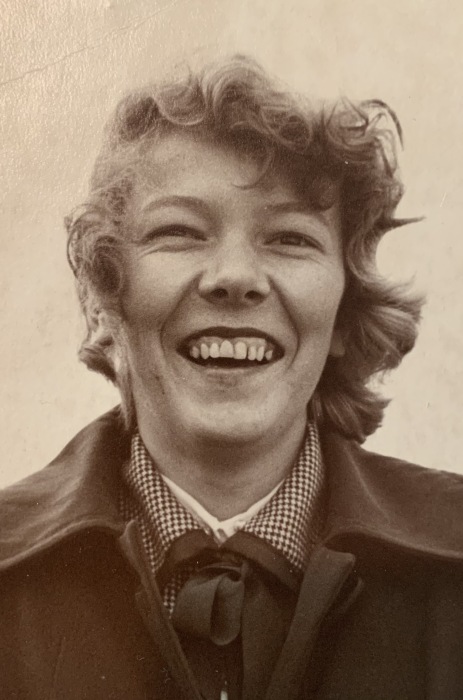 Madeline McGinty, 89, passed away December 30, 2020 in Neptune Beach. She was born May 5, 1931 in Goshen, Alabama. She grew up near Luverne, Alabama and attended the University of Alabama in the early 1950s, graduating with a degree in Art. After college she moved to New York City, where she worked as a graphic artist and at the Rockefeller Center. After two years in the city, she eventually settled in Neptune Beach and worked as an art teacher at Fletcher Junior High School.

In 1970 she went back to school for her Masters in School Administration, taking the entire brood to Montgomery, Alabama for a year to attend Alabama State University. Afterward she returned to Fletcher as Dean of Girls and took on that same role when Mayport Junior High School opened in 1976. She worked the rest of her career in the Duval County School System and raising her children.

She spent her retirement years traveling around the world and enjoying time with her large family in Neptune Beach, most of which settled nearby.

Madeline is survived by six children: Jimi (Keith) Gillespie, Mark (Maureen), Phoebe (James) Howard, Wade, David and Robert (Colleen); 14 grandchildren: Bernadette, Emily, Jessica, Kristy, Melissa, Nellie, Max, Dennis, Phillip, Yvonne, Steve, Heather, Thomas and Lily; along with numerous great-grandchildren and a long list of friends. It’s hard to find anyone who attended Fletcher or Mayport in the ‘60s, ‘70s and ‘80s who was not familiar with her as a teacher, mentor or for her quick draw with the dreaded paddle. Bright, funny and fair, she had a positive impact on all who met her.

The family will be having an oyster roast in lieu of a memorial service, and she will be buried in Darien, Alabama, near where she grew up. Instead of flowers or donations, she would have wanted you to take a walk on the beach or spend some time with your own family.