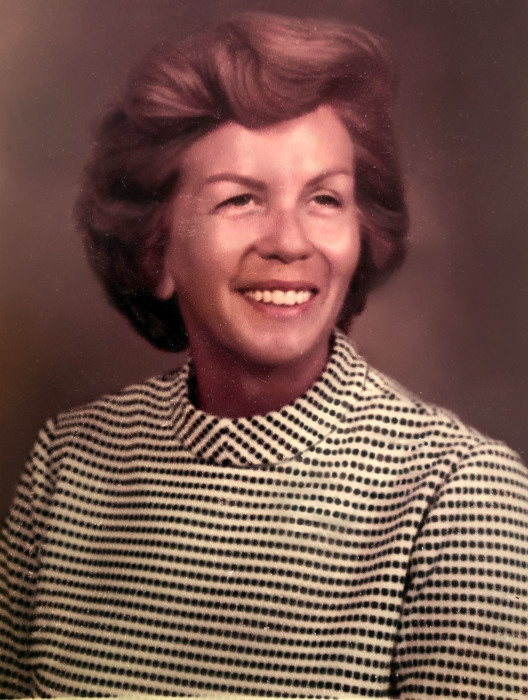 Loretto Grace Long (Hunt) of Ponte Vedra Beach, Florida passed on March 3, 2020. Born on April 28, 1930 in Dalhart, TX to Anna and Joseph Hunt, Loretto was one of five children. Loretto grew up during the dust bowl, depression and World War II, creating a hardworking, frugal spirit. She graduated from Dalhart High School in 1947, played the violin, choral club and was an A student. She met her husband Lester (introducing her best friend Marilyn to his brother) in Dalhart and they had five children, their marriage ending in divorce.

Loretto worked for the Alumni Office of the University of Central Missouri and in the Accounting and Finance Office of then Richard Gebaur AFB before taking a job in the USAF Education and Training Office in the Pentagon in 1969. She then took a position in the Personnel Office of the newly formed U.S. Environmental Protection Agency in Washington, DC, where she worked until her retirement in 1985. Her coworkers and fellow carpoolers at EPA fell in love with her infectious laugh and spirit, nicknaming her “Red”. Loretto even managed to find time to complete her bachelor’s degree, graduating Suma Cum Laude in Business Administration. Loretto loved tennis, got into skiing and did some traveling before her retirement and move to Florida surrounded by her children and grandchildren.

A private ceremony is planned at a future date.