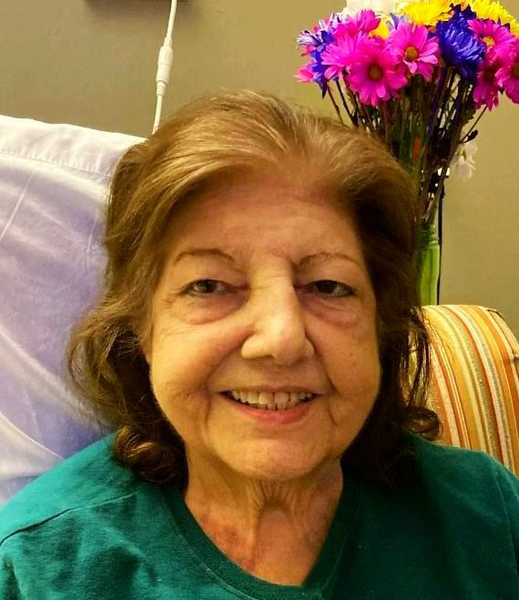 Loretta Mary (Tosti) Durfee found her place in heaven on the morning of August 7, 2022. She was a loving mother and grandmother, adored by many friends and neighbors, and will be greatly missed.

Loretta was born on June 5, 1935, in Binghamton, NY to Domnick and Angela Tosti. She was a 1953 graduate of Binghamton Central High School. During and after high school, Loretta played the accordion in a band and performed at various celebrations, and she continued to occasionally play the accordion throughout her life. Loretta was a loving wife for 25 years; she raised three beautiful children and was gifted with a handsome grandson. She worked at Singer Link Aviation for 7 years. During the 1970s, she worked as a paralegal for several attorneys in the Binghamton area and was very savvy in law and real estate. Loretta then worked for IBM in Endicott, NY in the Land Acquisition and Construction department. Loretta moved to Charlotte, NC in 1982 and then to Jacksonville Beach, FL in 1987. Her dream to live at the beach was fulfilled when she had her home built a few blocks from the ocean. As she pursued her dreams, Loretta made long term friendships and maintained them. She was an active member of the Jacksonville Beach Republican Club. She achieved one of her life goals at the age of 65 by getting her Associate of Science degree from Florida Community College. In her later years, Loretta was an entrepreneur helping businesses with computer support. Loretta also volunteered for the Jacksonville Beach Police Department and was an alumnus of the Citizen’s Police Academy. She later settled in Ponte Vedra Beach, FL and served on the Board of Directors as President and Vice President of her Homeowner’s Association.

Loretta loved meeting and talking with people. She could light up any room with her charisma, charm, infectious smile and laugh. It was easy for her to strike up conversations with people and make new friends. Loretta enjoyed outings and gatherings with her loving friends and neighbors. Her dog, Bailey, also brought her much happiness, love and companionship. Her life fulfillment included music, dance and food. At every medical facility where she was a patient, the nurses, doctors, therapists and staff always remembered her phrase “Do a little dance!”. Hearing that would always put them in a good mood as they entered her room.

A viewing will be held at Quinn-Shalz Funeral Home (3600 Third Street South, Jacksonville Beach, FL) on Wednesday, August 17th from 11 am to 1 pm followed by a funeral service in celebration of her life. If you would like to attend the funeral service online, please join by clicking this Zoom link at 1pm EST on Wednesday, August 17th:  https://csustan.zoom.us/j/83541278633

In lieu of flowers, donations can be made to the American Heart Association or the Jacksonville Humane Society.

The family would like to thank our mom’s amazing neighbors who went above and beyond taking care of her in her later years. Our gratitude extends to all of her personal physicians, nurses, therapists and staff at Baptist Beaches Hospital, Mayo Clinic and Brooks Rehab. Their supportive medical and therapeutic care was truly outstanding. There is no doubt that our mom is “doing a little dance”, singing her favorite songs and eating to her heart’s content in heaven with her family, friends and pets.