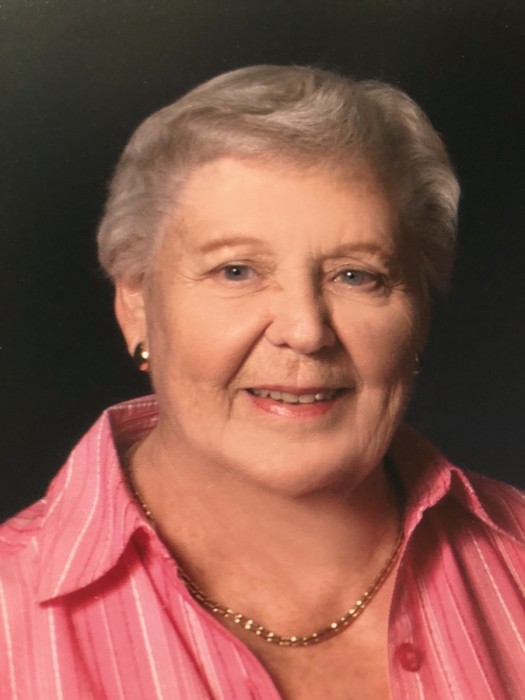 Lois Ann Balestier Cuffe, 88, passed away on February 17, 2020.  She was born on April 27, 1931, in the Bronx, New York.  She grew up in Teaneck and Hackensack, New Jersey and graduated from Hackensack High School. She met the love of her life, Frank Cuffe, when Lois’ parents bought Frank’s grandfather’s house in Hackensack.  They were high school sweethearts and married in 1953.

Lois went to secretarial school and worked in the heart of New York City until she married Frank.  After Frank was commissioned in the Navy, they moved to Londonderry in Northern Ireland, where they had their first child, Diane, in 1955 before returning to New Jersey.

Lois was an avid bridge player, golfer and embraced new communities throughout her life.  She and Frank moved from New Jersey to upstate New York, Ohio, and Michigan as they raised their family, retiring to Sanford, North Carolina and traveling the world.  They relocated to Jacksonville in 2018.

A Funeral Mass will be celebrated at 11am, Saturday, February 22nd at the Rose Margaret Chapel in Cypress Village, 4600 Middleton Park Circle East, Jacksonville, FL with Father Kelly as Celebrant.