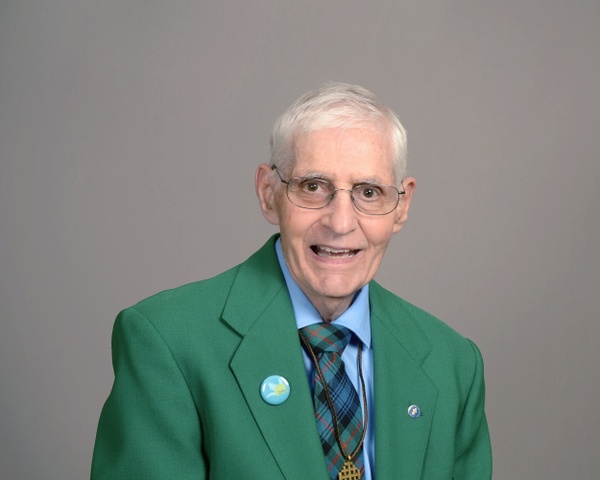 Rev. Lloyd S. Alamsha, 87, passed away in the early morning hours of Tuesday, June 14, 2022. He was lovingly surrounded and supported by his family, his church, hospice personnel and the staff at Harbor Chase during his final days.

Lloyd was born on September 23, 1934 in Gary, Indiana. He grew up in the southside of Chicago and went to the University of Dubuque for undergraduate studies and seminary. There he met Marilyn. Lloyd played high school and collegiate football. He remained a sports enthusiast his entire life. He loved people. Lloyd was a people-magnet. He really listened to you when you spoke. With his entire being he listened. And he remembered- your family details, your highs and lows. And he would ask you about these details each and every time you met. Many of his fellow pastors called him a pastor’s pastor. Due, in no small part, to his incredible witness of love, generosity, wisdom and care. A plaque in Lloyd’s office read “The best sermon is a good example.” He was living proof this was truth.

Lloyd always was involved in his community. He served on the Iowa Governor’s Commission tasked with revising the juvenile penal code in 1962. He was part of the Ohio State Public School Commission creating and implementing the Occupational Work, High School Program from 1970-1971. He served in many ways through Presbyteries as well as on several committees for the Council of Churches. He was active in planning CROP walks locally and statewide and was on the Board of Directors for Hope Homes, a non-profit organization that created and ran group homes for mentally and physically challenged adults. He volunteered his time to assist with programs at UNF for students with dyslexia.  Lloyd had been told during his school years that he was wasting his time with school. While studying for his second Master’s degree, he was finally diagnosed with dyslexia. That was what he described as his “AHA” moment. He often told others with learning impediments this was the moment he felt free; he wasn’t stupid, he merely learned in a different way. Lloyd was presented with the University of Dubuque Alumni Professional Achievement Award in 2012 for all he had done for his community throughout his life.