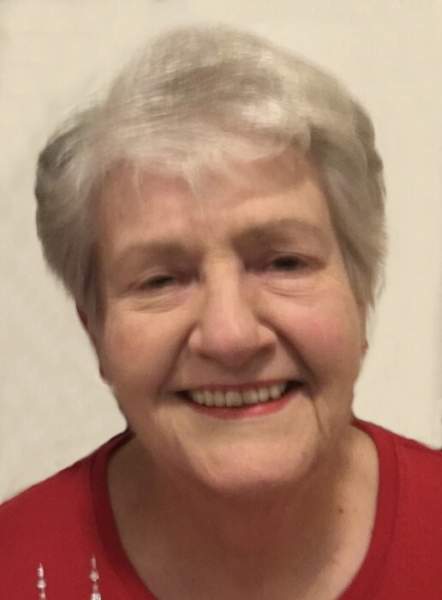 Linda attended Roanoke College in Salem, VA, graduating in 1965.  While there, she met her future husband, Bob Burkart, a student at nearby Virginia Polytechnic Institute (Virginia Tech).  Following graduation, they married in Mamaroneck, NY in 1965.  Thus, began a 25-year career as an Air Force wife.  Duty stations included stops in Ohio, Utah, California, Missouri, Maryland, and Florida.  Time was also spent in Alabama with her grandmother-in-law while Bob did a tour in Vietnam.  Along the way, they adopted two beautiful children, Robin and Tim, as well as several cats.

In 1983 they moved to the little town of Niceville, FL for their final assignment at Eglin AFB.  At that time, Linda joined up with a long-time Air Force friend to open the Strawberry Stitchery, a quilting and cross-stitch shop.  While never making much money, it served as an eye-opener to the business world and human behavior.  Linda enjoyed her life-long hobbies of quilting, cross-stitch, and knitting.  She also was an excellent cook, an avid reader (particularly history), and loved to sing.

In 2016, she and Bob moved to Fleet Landing in Atlantic Beach FL.  While there, she was a member of Singers By The Sea, as well as the North Florida Women’s Chorale. She also headed up the Knit Wits knitting club and participated in book clubs and Bible studies. Linda was a woman of deep, abiding faith who studied the Word each and every morning.

Interment will be at Jacksonville National Cemetery. A Memorial Service will be held at a time and place to be determined. In lieu of flowers, donations may be made to Ocean Park Baptist Church of Jacksonville Beach, or Ligonier Ministries of Sanford, FL.