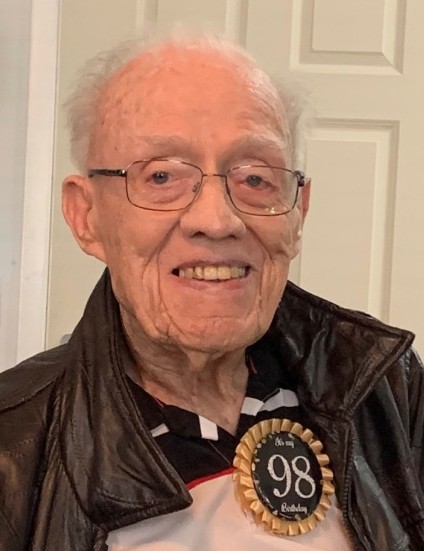 Leslie E. Gaskins, 98, of Atlantic Beach, FL and formerly of Gainesville, FL, died peacefully on June 20, 2020.  Born February 5, 1922 in Bentonville, OH, he was the son of the late Mary Katherine and Glenn Gaskins.  Les married Anne Elinor Olson in 1944.  They had three children:  Leslie Stephen, Diane and Kristi Jo.

After serving as a navigator in the European theater during WWII, Les’ number one desire was to serve as a pilot in the newly formed Air Force, even purchasing his own Stearman airplane.  In 1957, he and his team, under the command of Col. McCoy, set a world record for flying a B-47 nonstop from Guam to Morocco, refueling in flight.  He faithfully served his country for 32 years, ending a successful career as Wing Commander of the 24th Special Operations Wing in the Panama Canal Zone. His men (and their wives) loved their commander whom they respected for his fine leadership and personal interest in their lives and careers.  After leaving the Air Force, Les earned a PhD from the University of Florida in Gainesville and initiated a program to teach dentists how to manage their businesses, publishing a book entitled “A Primer on Dental Practice Management“ that can still be purchased on Amazon!  He was a member of the Christian Medical Association and served as a volunteer at the non-profit organization SCORE, mentoring small business owners and assisting widows with their taxes and finances.

Les and Anne were popular residents at Fleet Landing where both were active contributors to the Fleet Landing newspaper, as well as avid bridge players and faithful church members until Anne’s death in 2011.  After the passing of his beloved wife of 68 years, Les resided at Leeward Manor, exercising and playing in a Wii bowling league and eagerly looking forward to monthly visits from his youngest daughter, Kristi and less frequent visits from his oldest daughter De (Dayton, OH). On the afternoon of June 20, he slipped peacefully into eternity, having lived a long and productive life.  He is survived by two children, two grandchildren and five great grandchildren.

In lieu of flowers please make donations to the Service Corps of Retired Executives (SCORE) in the name of Leslie E. Gaskins. Please visit www.score.org/content/donate.