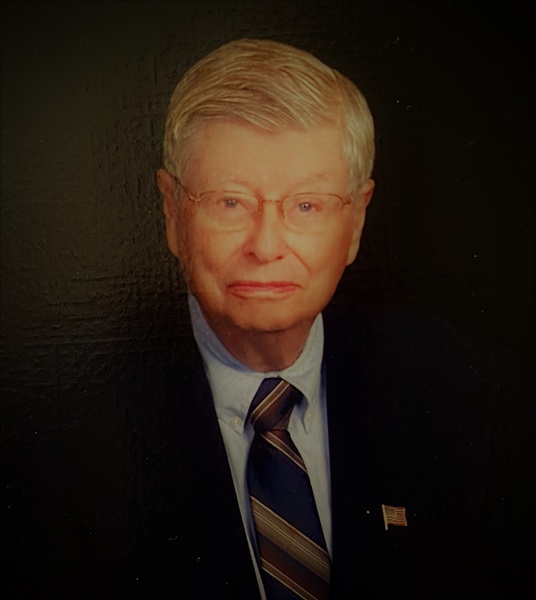 Lemuel Holmes Hawver passed away on Friday, June 10, 2022.  He was a long-time resident of Cypress Village, Jacksonville.

Mr. Hawver was born May 30, 1924 in Hudson, New York to William C. and Merle Hawver.  He grew up in the Hudson Valley town of Claverack.  Although he started college at Cornell University, World War II interrupted his studies and through ASTP (Army Specialized Training Program) he studied as a soldier at the University of Georgia, NC State and in England.  He went on to serve as a Tech Corporal with the 481st Engineer Light Ponton Company in central Europe.  Upon separation from the Army, he returned to college life, graduating from Rutgers University with a degree in mechanical engineering in 1949.  Settling in Poughkeepsie, New York he worked for IBM and later, Daystrom/Schlumberger.  It was in Poughkeepsie that he met the love of his life, Barbara Malchow, and they married in 1954.  They had two children:  Barbara Jane (“BJ”), and William (“Bill”).

Starting in 1968, Mr. Hawver went to work for the Department of the Navy at the Philadelphia Naval Shipyard, and later in Washington, DC, where he worked as a senior civilian engineer for Naval Sea Systems Command.  He retired in 1984, earning the Superior Civilian Service medal from the Department.

Funeral services are pending but will be held later this year at the Dutch Reformed Church of Claverack, New York.  In lieu of flowers, memorials can be made to McGraw Community Hospice and Palliative Care of Jacksonville, Florida.