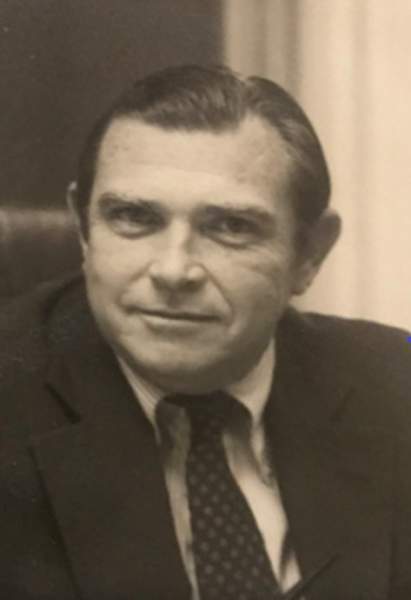 Larrie Sterling Calvert died on March 5, 2020 in Ponte Vedra Beach, Florida. Born in Montclair, NJ on May 31, 1935, he was the second son of Dr. William C. Calvert, a decorated physician who served in the WWII Army Medical Corps, and Emma H. Calvert. His older brother, William C. Calvert, Jr. predeceased him in 2004. Larrie graduated from Vermont Academy in 1953 and Dartmouth College in 1957, where he was a member of the Delta Tau Delta fraternity.

After graduation, Larrie returned to Vermont Academy where he held teaching and coaching positions before starting his career in business in 1959. While ushering at a best friend’s wedding in August 1961, he met the love of his life, Gretchen Ruth Halquist, and they were married in June 1962. They were blessed with each other, and a large group of wonderful friends from Summit New Jersey, and West Falmouth, Massachusetts where they raised their three daughters. Larrie was a co-Founder of PCI Inc., and served as its CEO and President for 25 years until his retirement in 1997.

Larrie loved sports and was an avid golfer, starting as a caddie at age 13. He played for over 71 years on over 250 courses, 44 of which were in Northern Ireland, Ireland and Scotland. He ardently followed the New York Giants and the New York Mets.

Larrie, affectionately known as “Doc”, was an unforgettable genius with a heart of gold, sharp wit, and quiet strength. All of his children’s friends became his friends. His loyalty and dedication to people and institutions were legendary. Vermont Academy, Dartmouth College, Morris County Golf Club and The Plantation in Ponte Vedra are forever changed due to his dynamic presence, thoughtful leadership, and the bonds of friendship he forged and maintained.

Celebrations of Larrie’s life will be held at a later date to be announced in Ponte Vedra Beach, Florida and Morristown, NJ. In lieu of flowers, donations may be sent to The Dartmouth College Fund, dartmouthcollegefund.org and The Gladney Foundation, iamgladney.org.