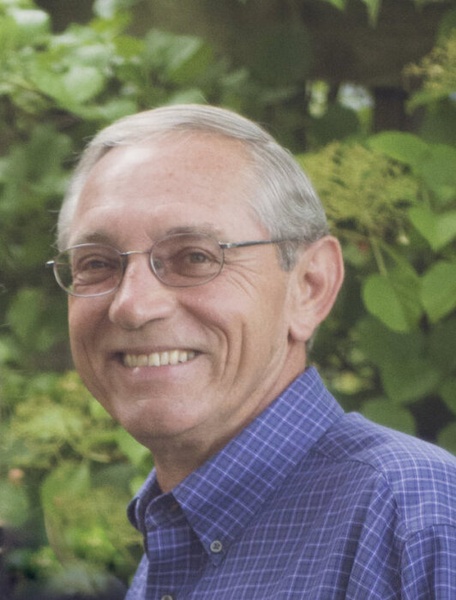 Klaus Wenger died on May 4, 2020 surrounded by his wife, his daughter, and his Dad after a courageous battle against High Grade Neuroendocrine Carcinoma.  He was born on February 2, 1954 in Ludwigsburg, West Germany.  He was the only child of his wonderful parents, Heinz Wenger and Frida Wenger (deceased), and lived with his grandmother and great grandmother (and rabbits, chickens and a sow) in Asperg (in southern Germany near the Black Forest).  Klaus, skinny as a rail, played soccer and attended a camp to “fatten him up.” He traveled around Europe sandwiched between his parents on their motorcycle.

When he was nine, his family immigrated to Canada with $500 in their pockets and no knowledge of English or French.  They lived with his Godmother, uncle, and cousin in a suburb of Montreal to get acclimated and learn some English.  In 1965, they were sponsored to come to the United States and settled in Lorain, OH near Cleveland.  In High School, Klaus worked a paper route in the early morning hours and at a grocery store after school and on weekends.  He attended Miami University (Ohio) where he initially studied a pre-med curriculum and then switched to Business.  Klaus was a lightning fast starting forward on the Miami Varsity Soccer Team and was a Resident Assistant in a freshman dorm for two years. He mentored students who were struggling in college.  After receiving his Bachelor of Science in Business, he earned his Master of Business Administration while serving as Varsity Soccer Coach.  The second week of his Sophomore year, he met the love of his life, Barb Cochrane Wenger, and there was an immediate attraction.  They married on August 19, 1978.

Klaus got his dream job in Chicago and spent his entire professional career with Accenture (previously Arthur Andersen and Andersen Consulting) in their Information Technology Consulting practice.  He quickly built a reputation for being a strong project leader and was brought into jobs across the US that needed a keen problem solver.  He worked primarily on Telecommunications and Banking industry projects.  He quickly rose up the ranks and was admitted to the partnership in 1987.  Their first home was in Wheaton IL.  Despite a complete lack of furniture in the living room, the shelves were filled with travel scrapbooks from extensive travel all over the world.

On October 10, 1988, their life changed forever with the birth of their only daughter, Kimberly.  In 1994, Klaus was presented with an opportunity to move his family to Asia.  While the family lived in the Philippines, Klaus traveled throughout Asia to build a technology practice that shared resources across the region.  He fostered collaboration across numerous diverse cultures.  He flew millions of miles!   Kimberly attended an International School where she learned the international language of “play without English” and they all learned geography by visiting culturally diverse places around the world in person. They moved back to Chicago in late 1999 where Klaus assumed responsibility for the Central US Region’s competency practice …. but a corporate reorganization eliminated that job.  Klaus, along with a couple other Partners, spearheaded a new company within Accenture, Launch Now, that developed technology to port phone numbers between telecommunications carriers. As part of that venture he helped to establish an overseas operational support practice for Launch Now out of Manila, Philippines. But Barb’s blood had thinned, and she could no longer handle Chicago winters.

So, the family moved to Ponte Vedra Beach, FL in time for Kimberly to start at Nease High School and to supervise the building of their new home.  Klaus retired at the age of 48 and settled immediately into other interests.  Barb became even more spoiled rotten when Klaus began doing the cooking and the grocery shopping.  Barb and Klaus became avid Band Booster parents and, when Kimberly went to Virginia Tech, attended football games to watch the cute blonde trumpet player in the front row of the Marching Virginians.  Their tailgates were awesome!  Klaus began playing a lot of golf and especially enjoyed the camaraderie of his Clear Lake golf buddies where he was the golf group’s “Coordinator” for numerous years.  Klaus became the family sommelier to stock their wine cellar.  Klaus dabbled in numerous real estate development projects and, at the same time, gave Kimberly some valuable financial literacy lessons.  Barb and Klaus founded and Klaus managed Life Control, LLC, which markets and distributes a male incontinence device, The Squeezer, that was invented by his father-in-law.  He was involved with The Tom Coughlin Jay Fund in Northeast Florida where we helped start a program to support the siblings of young cancer patients along with several other initiatives to provide financial & emotional support for families tackling childhood cancer.

In 2016, he was diagnosed with High Grade Neuroendocrine Carcinoma. He refused to let this diagnosis define him and he courageously fought this nasty disease by “Celebrating Everything” with family and friends.

His body will be cremated, and ashes spread in places that were special in his life.  A Celebration of Life will be held at a later date.  Details will be posted on CaringBridge.