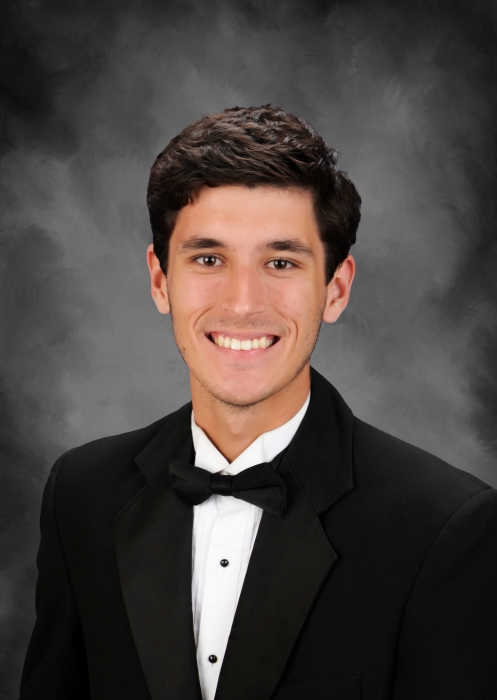 Kierin was a proud student of Ponte Vedra High School and dedicated member of the Ocean of Sound Marching Band for 4 years, the Concert Band for 3 years, the Jazz Band for 2 years, and the Symphonic Band for 1 year.  He attended both Landrum Middle School and PVPV/Rawlings Elementary School.  He attended the Florida State College of Jacksonville in the Fall, 2019, and was to begin the University of North Florida in Fine Arts on January 6, 2020.  He loved listening to his eclectic collection of old and current music, playing his tenor saxophone, researching WWI, WWII and Civil War history, building intricate Lego sets and posting his own stop motion Lego films on YouTube, talking about old and current films, being a part of the Marsh Landing Chick-Fil-A team, and he was an avid gamer.

Kierin is survived by his parents, Marc and Eliese.  A Memorial Gathering will be held from 6:00 p.m. to 8:00 p.m., at Quinn-Shalz Family Funeral Home of Jacksonville Beach.

In lieu of flowers, the family requests plants rather than flowers, because they are planning to create a garden at their home in memory of Kierin.

The families goal is to initially have perennial plants (with colorful flowers and/or variegated leaves) at Kierin's  service so there's a lot of nature inside the funeral home during his memorial.  Then, they can plant them in their yard as a living memory of Kierin.  You can make a donation to the family in lieu of a plant. Here is a list of plants that grow really well in their area (no cacti):

These are the plants that the family would love to have and would be much appreciated:

-Pentas (which are perennials and have bright colors)