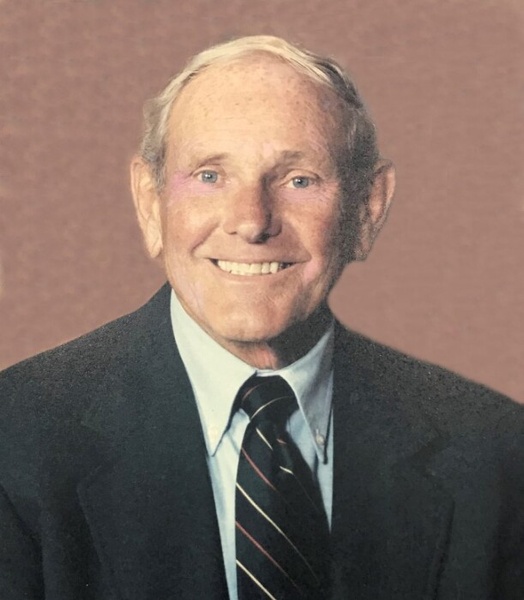 Kenneth Richard Olson, of Ponte Vedra Beach, Florida, died on June 15, 2021.  He was born January 27, 1927 in Bristol, Connecticut, the son of Robert and Lila Wills Olson.  He had four siblings, a sister and three brothers, two of which have predeceased him.

Growing up, he attended Bristol public schools and, upon high school graduation in 1944, joined the United States Navy where he served in the Pacific on the USS Norton Sound.  After his military discharge, he went on to graduate from Upsala College and complete a successful, thirty-six-year career with the Property and Casualty Insurance Division of CIGNA Corporation.  When he retired in 1987, Ken was the Regional Vice President for the division, headquartered in Tampa, Florida.

During his business life and in retirement, Ken enjoyed being involved with various business, civic and social organizations.  In business, he served as a Director for the Texas Insurance Association, the San Antonio Reinsurance Company, the Florida Windstorm Underwriting Association, and Old Dominion Insurance Company.  In the town of Clinton, Connecticut, he served for seven years as a Selectman and Chairman of the Board of Finance.  After retirement, Ken and Ruth became early members of Sawgrass Country Club in Ponte Vedra Beach, Florida, where he was active with both tennis and golf.  He served on the Sawgrass Country Club Board of Governors from 1991 – 1994 and was Club President in 1993-1994.  He was also a Sawgrass Association Board Member from 2010 – 2012.

At Kenneth’s request, there will be no services.  If you so desire, memorial contributions may be made in his name to the Friends of The Library, c/o Doug Wilson, PO Box 744, Ponte Vedra Beach, FL, 32004.