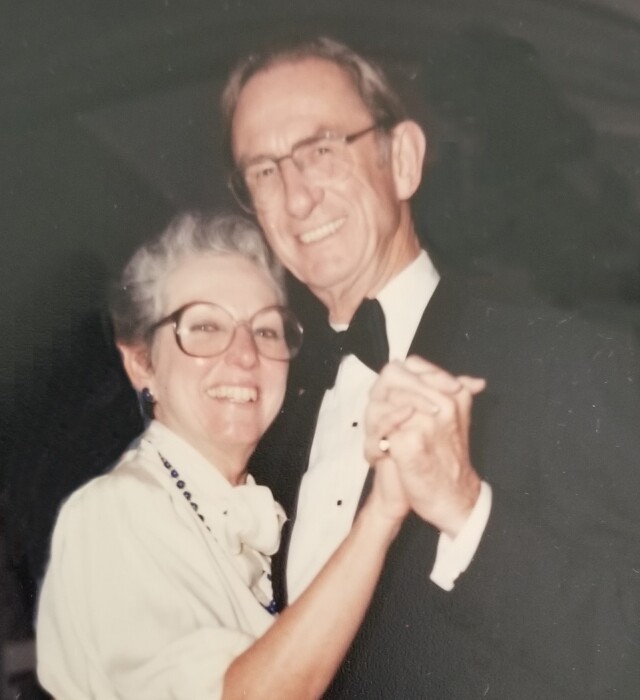 J. Walter Goetz, 98, passed away January 15, 2021. He was born October 19, 1922 in Albany, New York. He graduated from Layfette College and received his bachelor’s degree in chemical engineering in 1944. He started his career with Shell Refining in Louisiana, then was drafted into the army where he served for the remainder of WW II. He met his wife, Lois M. Moeller, while on duty at Ohio State University marrying her in 1948. Following his discharge, he joined Union Carbide Corp in Manhattan NYC. He worked with UCC for 35 years retiring as Director of Corporate Communications, Worldwide.

Walter and Lois started their life together in Levittown, LI NY and later moved to Ossining, NY where they raised 3 children. They retired to Ponte Vedra Beach, FL in 1987, living first in Saw Grass and then in Vicars Landing.

Walter was a dedicated family man and greatly enjoyed spending time with them. His next love was playing golf with Lois and his long-time golfing partners. Walter was a competitive sportsman. He enjoyed playing and watching any sport with a ball involved. He played basketball weekly at the Westside Y in NYC during many of his working years. He enjoyed playing cards, keeping current with the chemical industry, listening to lively music, and being with people. He greatly appreciated the people who provided care for him in the latter part of his life. He supported the veterans, the Alzheimer’s Associations, his college and his church, Palms Presbyterian, Jacksonville Beach. He took pride in his appearance and was known as the best dressed man at Vicars Landing.

A celebration of life will be held at a later time.

In lieu of flowers, donations may be made to the Community Hospice & Palliative Care, 4266 Sunbeam Rd, Jacksonville, FL 32257 or to the Vicar’s Landing Scholarship Fund, 1000 Vicar’s Landing Way, Ponte Vedra Beach, FL 32082.