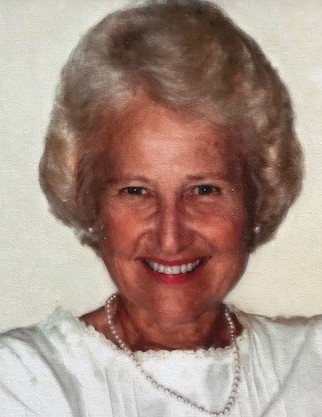 Just two days shy of her 98th birthday, Julia Riley LaMotte died on November 22, 2020, in Jacksonville, Florida, a resident of Cypress Village.  A person of deep faith, keen intellect, and loving kindness, Julia treasured her relationships with family, friends, caregivers and those whom she met for the first time. For 62 delightful years, she was married to Charles Valdo Bardeen LaMotte, former president of LaMotte Company, until his death in 2011.

Born on November 24, 1922, in Philadelphia, Pennsylvania, to Edith Mitchell Riley and William Douglas Riley, Julia Drowne Riley was raised in Baltimore, Maryland, where she attended the Bryn Mawr School. Following her graduation from Smith College in Northampton, Massachusetts, in 1945, she taught history at the Bartram School in Jacksonville and then at her alma mater, the Bryn Mawr School. In 1949, Julia married Charles V. B. LaMotte also of Baltimore. In 1955, they moved with their two children to Chestertown on Maryland’s Eastern Shore.

While books were her constant companions, faith was the cornerstone of her life. She was active in her local Episcopal Church parishes, from teaching Sunday School to decades of serving on Altar Guild. She also served for many years as a volunteer at her local hospital. Julia was an exceptional athlete who loved tennis, golf and lacrosse. She was modest about playing on the United States Women’s Lacrosse Reserve Team for six years in the 1940s—highlighted by being asked to participate in a match against England.

Julia is survived by her son, Stephen R. LaMotte, and his wife Cynthia of California; her daughter, Sara “Sally” LaMotte Crane, and her husband Jack of Maryland; grandson Eric and his wife Annie and their son Evan of Seattle, Washington; and grandson Adam and wife Caitlin, who are expecting their first child, also of Seattle.