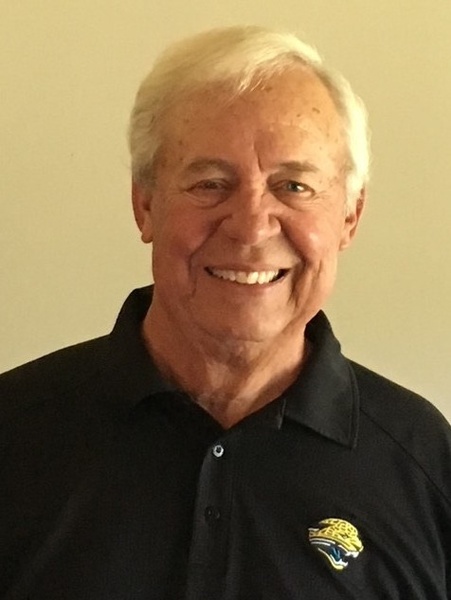 Joseph Edward Morley, Jr. “Ed” passed away April 26, 2022. He was taken from us far too soon due to amyotrophic lateral sclerosis (ALS), surrounded by his wife and children who will continue to honor his legacy.

He was born November 29, 1947, in Baltimore, MD and grew up in Jacksonville, FL graduating from Lee High School. Ed began his 45-year career in the maritime industry with Sealand taking he and his family on adventures across the world. Those who worked with and for him loved and respected him. Those who knew him would call him a modest man who let others shine. His word was good. He is best known for being a wonderful father. He was a master oyster roaster, turkey fryer, tailgater, fisherman, listener, and friend. He was happiest when he was on the golf course with a beer, a cigar, and friends. He loved letting his wife lead him around a dance floor.

A Funeral Mass will be celebrated at 1:00pm Saturday May 7, 2022, in St. Paul’s Catholic Church (523 Pablo Ave., Jacksonville Beach, FL 32250) with Monsignor Michael Houle as Celebrant.  In lieu of flowers, donations may be made to ALS research (https://donate.als.org/) or the charity of your choice.