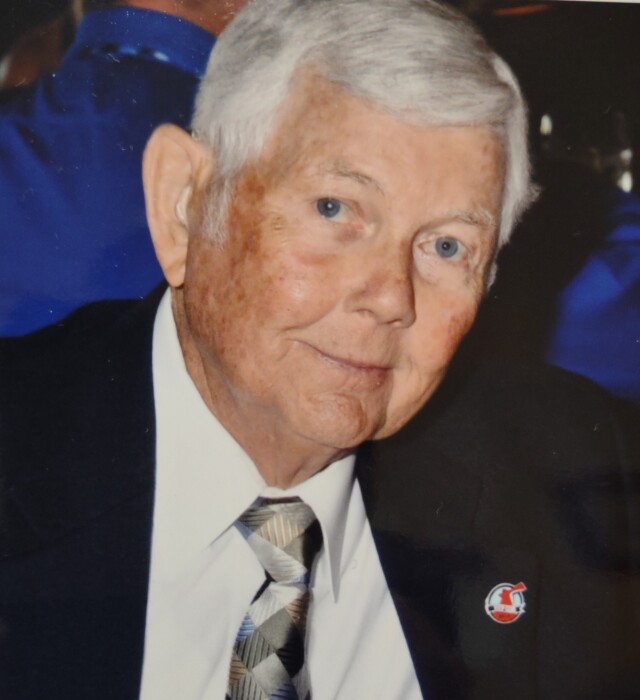 Jon Roberts Cowart passed on to his peaceful reward on July 26, 2021. Jon was born in the small South Georgia town of Mayday on September 12, 1932. He was predeceased by his parents, J.B. and Edna Cowart, his son, Bill Cowart, his brother, Jack Cowart, and his nephew, Randall Cowart. He is survived by his beloved wife of 66 years, Mary, his daughter, Brenda Boccard (Matt), his sons, Jim Manning (Debbie), Jeff Cowart, Alan Cowart (Michelle), seven grandchildren and two great grandchildren.
Jon is universally remembered as a considerate, humble man, guided by strong senses of honesty, integrity, and loyalty. His first and greatest love was his wife and family, to whom he dedicated his life. He also loved his country and proudly served in the US Air Force during the Korean War, rising to their rank of Staff Sergeant. He and Mary spent many vacations traveling and enjoying the country they cherish. Though he suffered the loss of a many loved ones and months of physical stress, his faith and belief in God never wavered. As everyone who has met Jon knows, his favorite pastime was enjoying watching sports, especially his Florida Gators!
A celebration of his life will be held on August 15, 2021 at Quinn Shalz Funeral Home at 3600 Third Street S, Jacksonville Beach, FL. The family will receive visitors from 2:00 to 3:00, with a memorial service at 3:00 p.m. Casual attire is acceptable. In lieu of flowers, the family requests contributions to Disabled American Veterans.