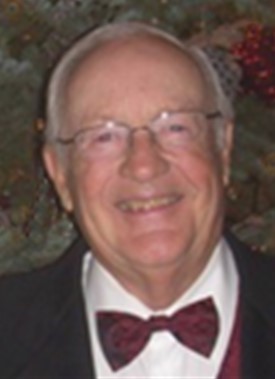 John was born to Ruth and John Slemp in New York City, a city he always loved, on October 13, 1930 and grew up in the suburbs of Philadelphia.  An accomplished student and athlete, he played basketball at the University of North Carolina.  After a tour in the military, he returned to UNC and earned a BS in Economics and an MBA.

He then began a lengthy career with IBM where he held positions in sales, marketing, policy, marketing strategy and customer relations.  He later held positions at Arthur Anderson and Smith Bucklin.

While living in New Canaan, CT, John was active as a member of the Board of Education, deacon at the Congregational Church and a coach for several town sports teams.

John enjoyed travel with his friends, dining at the Beach Club and spending time at the beach reading while smoking an occasional cigar. He also had a passion for horse racing and once owned a race horse.  John will be remembered for his quick wit and sense of humor.

In lieu of flowers, donations may be made to the Vicars Landing Scholarship Fund, 1000 Vicars Landing Way, Ponte Vedra Beach, FL 32082 or to the charity of your choice.