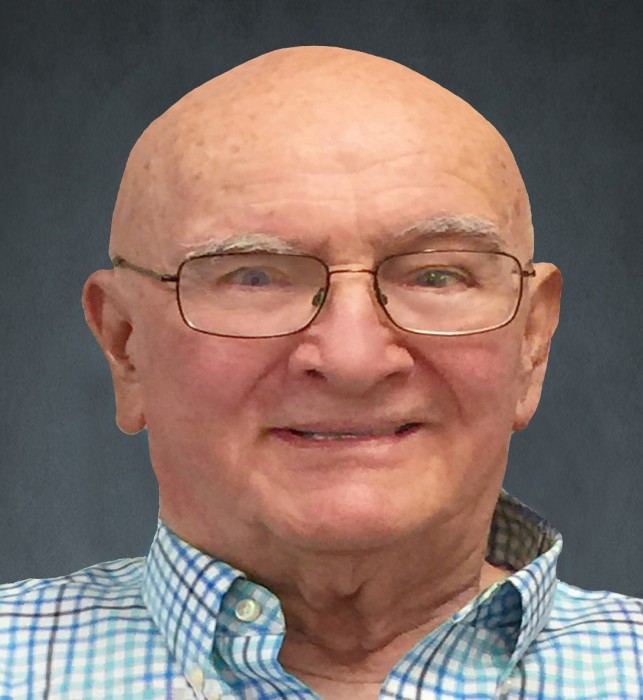 John was born in Vidalia, Georgia to Jack and Evelyn Meadows on August 1, 1933. As a boy, John worked with his father in the summers, was an avid hunter, Eagle Scout and graduated as valedictorian of his high school. After graduation he attended Auburn University where he earned a Bachelor of Science in Forestry, Georgia Tech where he earned his Master’s in Industrial Management and Duke University where he received his PhD. In between time at Auburn and Tech, John proudly served as a Lieutenant in the Navy on the Battleship USS IOWA.

John’s love of math and sciences and their practical application in business had led him to his Master’s degree and employment with the International Paper Company in Mobile, Alabama and eventually back to Vidalia to join the family real estate business, Meadows, Inc. After a time, however, he was drawn back to school to pursue a career in education.  Having found his calling, John enjoyed a long, successful career in forestry and economics spreading his time between working on science research funding and teaching college and university classes.

In between all of this education and work, John managed to live a rich private life. In 1960, on the advice of his grandfather, John walked in to the Georgia Power Company’s Vidalia office and found the love of his life, Leeanne Reetz. A Florida girl, she was working there as a home economist. Leeanne had already met Grandfather Elza, who had told John “I have found the girl for you. Quit looking.” Theirs was a love affair of 53 years. Their daughter, Mary Lee, was born in Durham, North Carolina while John was finishing his PhD requirements. Son, Paul Meadows was born while John was a professor at Iowa State University.

The Meadows lived in Iowa while John was a professor at Iowa State University and it was a joyous time. So far from home, with young children and living in a cold climate, friends became family for John and Leeanne and he began to hone his skills as a teacher and mentor. John also relished leaving in the early morning hours and frigid mid-western temperatures with his much-loved Cocker Spaniel, Iris to hunt for pheasant and duck.

From Iowa, the Meadows family moved to Knoxville, Tennessee for a job opportunity with the Tennessee Valley Authority. It was not long before the U.S. Department of Agriculture called John to a short-term assignment in Washington, DC that turned into a 20-year career as a Forest Economist. John traveled widely to work with land grant colleges, focusing on how best to utilize land and wildlife for the support of communities. The research projects ranged from examining the economic viability of sugar cane resurgence to growing catfish as a crop. John worked at the Department of Agriculture until his retirement.

John and Leeanne lived in northern Virginia from 1981 to 1997. During this time, John was president and an active member of Kiwanis, played racquetball, was active as a leader of Boy Scouts and continued a lifelong love of fishing. Primarily, though, he focused on his family in his free time – never missing an event and always encouraging them to try new things without fear of failure. With their children educated and married, John and Leeanne decided to close out this chapter of his career. He retired and they moved to be near John’s siblings in Jacksonville Beach, Florida.

John led a very active retirement. He was an adjunct professor at Flagler College of St. Augustine for over 10 years, worked with a campus ministry at University of North Florida, volunteered with SCORE advising those interested in entrepreneurship, and did tax assistance for seniors through AARP. John was also an active member of Palms Presbyterian Church for over 20 years, relishing his role as usher where he could greet everyone as they entered.

At the onset of Parkinson’s, John became a boxer. He joined Rock Steady Boxing, a non-profit which offers boxing and activities specific to fighting the battle with this degenerative disease. He thoroughly enjoyed his weekly bouts and made many new friends. He also took part in the Council on Aging’s program which offers mental stimulation and socialization. These activities allowed him many more precious months with his family and loved ones.

John always worked in quiet ways, behind the scenes in support of others. He was happiest in his roles as a mentor, educator and father. He was generous, well loved, and regarded as a big personality who would always offer a big smile followed by either a corny joke or a lovingly mild inappropriate statement.

John is survived by his wife of 53 years; and is beloved “Granddad” to: Emily McMahon, Daniel McMahon, Patrick McMahon, Sam Meadows and Nora Meadows.  The eldest of the Meadows siblings, John is also survived by his brothers, Philip, (Virginia), Lee (Ann Sory); and his sister, Sally McCue. All are residents of the Jacksonville area.

In lieu of flowers, donations can be made to Rock Steady Boxing RSB JAX Inc., Community Hospice, and Palms Presbyterian Church.