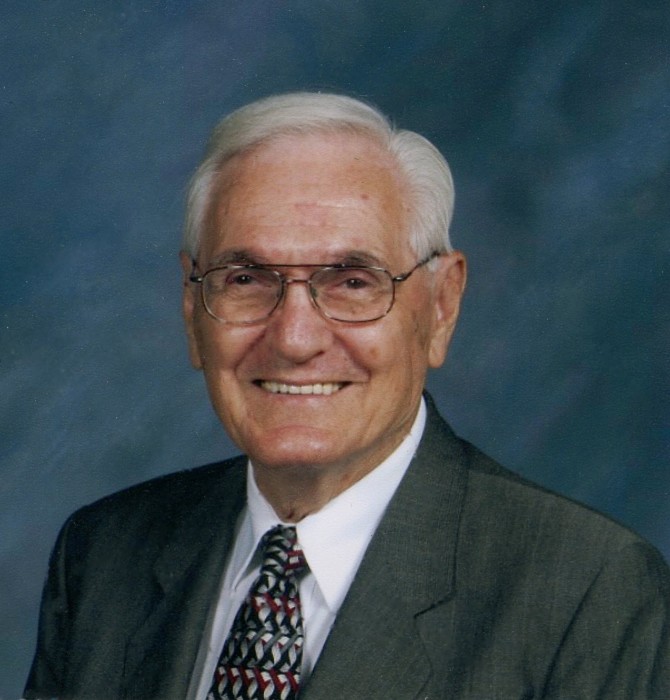 John A. McCarthy passed away peacefully on July 29, 2018 at Mayo Clinic with his family at his side.  He was born Feb 9, 1925 in Atlantic City, NJ, and grew up in Lancaster, PA.  He enlisted in the Navy while a senior in high school following the attack on Pearl Harbor, and served in the Pacific for three years during WWII.  He hoped to pursue a professional baseball career after the war, but an arm injury ended his pitching dreams.  He journeyed to Miami in 1947, and graduated from the University of Miami in 1952.

John had a very successful teaching and coaching career at high schools in Miami, leading teams to 6A state championships in football and golf.  He and Nancy moved from Miami to Ponte Vedra in 1996, and became active members of Palms Presbyterian Church.

John’s priority was his family.  John, or “G-Dad” as he was affectionately known, spent his adult life leading and caring for this family.  He traveled anywhere his children were to support and assist them, in the US and abroad.  He created fun and adventure for his grandkids, taking them on countless motor home trips. He was the Patriarch in every sense of the word, and his family was his treasure.  He will always be loved and remembered by this devoted family.