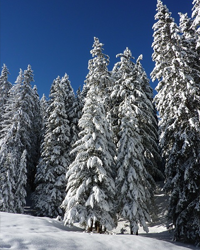 John will always be remembered for his devotion to his family, his loyalty to his friends, and his love for Christ.

John attended Bishop Ahr High School in Edison, NJ where he graduated near the top of his class. After High School John obtained an undergraduate degree in Finance from Rutgers University and then added an M.B.A. from Rutgers. John was well known for his analytical mind. He never backed down from a mental challenge and he always lent his brain to those who asked him for help. Post Education, John worked for 25 years at Merrill Lynch in Technology and rose through the ranks where he served as a Director. He was beloved by many coworkers whose lives he touched over a quarter of a century while at Merrill Lynch.

John was an avid sportsman. He loved playing Basketball and Golf and yet he followed many other sports on TV and enjoyed watching games with his friends and family. John also had a love for puzzles. It was not uncommon for John to put together puzzles that had tens of thousands of pieces. John also was known for giving of himself through tutoring both kids and adults alike. He also believed in philanthropical causes and he was a long-standing supporter of the United Way. Charity was at the cornerstone of John’s heart.

John is survived by his loving wife, Mijung, his parents, Harold and Marie Lind, and his sister Deborah Lind.  John is also survived by his extended family and an army of friends who he considered family.