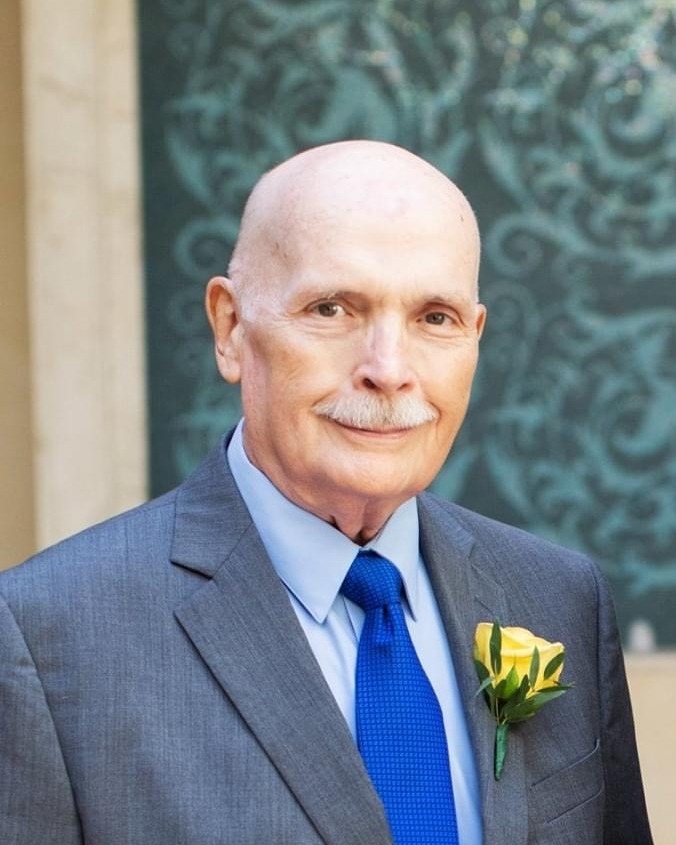 John Galarneau was born on August 3, 1942, to Francis and Barbara (Gifford) Galarneau in Lockport, NY. At 23, he joined the military for what would be a long and storied career that took him everywhere from Germany to Korea to New Jersey, until his retirement in 1988. In 1987 John and his family settled in Jacksonville Beach, Florida. Now retired from the army, John moved to the Navy as a civilian employee and threw himself completely into his new role as a father.

John always applied an admirable determination and commitment to every facet of his life. Throughout his son Andrew's childhood, John was a Boy Scout Troop leader, a youth bowling coach, and a dedicated band parent. Not one for a quiet life, after Andrew graduated and Navy retirement loomed, John quickly set his sights on a new project. For 10 years, John was a diligent volunteer with the Jacksonville Beach Police Department, helping fix up the lodge and gun range, volunteering at dozens of events every year, teaching civilian classes, and more.

Complications from cancer ultimately took John from us at age 80 on November 1, 2022.

Known for his stoic appearance yet warm sense of humor, John will be dearly missed by family, friends, and many more whose lives his years of volunteering impacted. Everything John touched in life he always made sure was left better than when he found it, something we should all aspire to in our lifetime.

John is survived by his son Andrew Galarneau and wife Emily, his beloved grandson Oliver, his sister Jane (Galarneau) Dupont, his brother Peter Galarneau, his niece Ambre Goff and husband Ed and their son Mark, his niece Barbara McGaffin, and many other cousins, nieces, and nephews.

John’s volunteer work and dedication spanned too many organizations for the family to pick just one, so we ask that anyone looking to make a donation in John’s name in lieu of flowers do so to any of the organizations below: