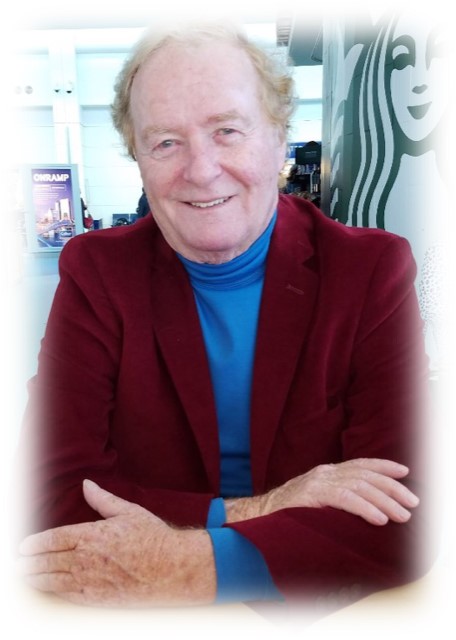 We sadly announce the passing of Retired US Navy Chief Boatswain's Mate John Earl Kelly, 72, on August 25, 2020. Born February 27, 1948 to Williamina and Lavern Kelly in Eerie, Pennsylvania. He graduated from Holland Central School in 1966. He played the bugle in high school. He attended some night classes at Community College of Rhode Island where he also obtained his motorcycle license.

On July 8, 1972 he married Marlene Joyce Kelly at St. Vincent de Paul Church in Springbrook, NY. They had four children together and fostered one son. Tragically, Jeremy passed away days after his birth in 1978.

He was stationed in Rhode Island, Alabama, New York, Massachusetts, Florida, and other places briefly, but travelled the world while in the Navy. Being deployed through much of his kids' childhoods, he treasured mementos of those years.

Throughout his military career he was described by commanding officers as exhibiting outstanding performance, in-depth knowledge and skills in a wide variety of areas, unsurpassed technical expertise, articulate, highly motivated, dedicated, "possessing high integrity and exceptional intelligence and an unswerving commitment to duty and sincere motivation to help others."

After living in Buffalo, he developed an ardent fervor for the Buffalo Bills, frying and baking bread. Sundays were about football, wings and a lot of good food.

The Navy trained him to be a fireman and medic. Off-duty, he volunteered as a fireman and auxiliary parking officer and continued taking college courses. He bought a snow plow and would plow the streets at night to help the community. One special Christmas the firemen sprayed the front yard in Chaffee, NY creating an ice skating rink for the kids to play.

He retired from service in 1996 to Atlantic Beach, FL before becoming a devoted caregiver to his wife for eight years until she passed in 2015. He liked dancing, good music, good food, and visiting new places via land travel which he got to enjoy in the past few years with his dear companion Jeanne Majors.

Known for his fierce loyalty to his family and country, he is survived by three sons, John Martin Kelly, James Mathew Kelly, Jason Michael Kelly, nine grandchildren, two great-grandchildren, and many others.

A Memorial Service for John Earl Kelly will be held at The Church of Eleven22, 651 Commerce Center Dr. #100, Jacksonville, FL 32225 on Saturday, October 10, 2020 at 11 AM, with full Military Honors followed by a reception catered by Palms Restaurant at 1 PM.

A service with full Military Honors will be held at a later date.