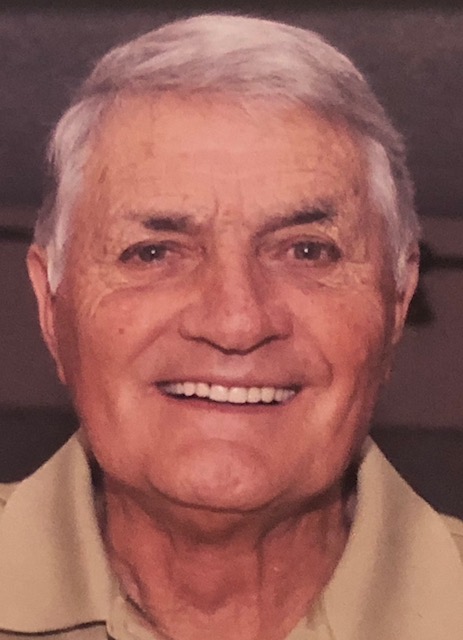 John started his ministry in evangelism and eventually went on to pastor two churches, first in Hollywood and later in Los Angeles, California. Feeling a call to duty to serve his country, John joined the United States Navy as a chaplain and served three tours of combat duty in Vietnam where he was awarded two Bronze Star Medals for valor in combat and the Purple Heart. His last tour of duty brought him to Mayport Naval Station in Jacksonville, Florida where he retired after 26 years of service. He then embarked on a new career as the director of the golf ministry with the Fellowship of Christian Athletes and to the PGA Tour. In addition to his work with FCA John became the first pastor at Sawgrass Chapel where he continued to preach until the age of 85.

John is survived by Lilyan, his wife of 67 years and their daughter Eileen.  He was predeceased by his father, Thomas, and mother, Agnes, his sisters Mary (Fred), Agnes and his brother Thomas (Betty) and his nephew John Dolaghan.

A Memorial Service will be held at 10:30 AM, Saturday, September 15, 2018 at  the Sawgrass Beach Club, a reception will follow the service. In lieu of flowers, donations can be made to the John Dolaghan Scholarship Fund, at the Gordon Conwell seminary. Checks can be made payable to Sawgrass Chapel and noted in the memo section the John Dolaghan Scholarship Fund. The family joins John in his desire to help further the education of those who go out and spread the good news of Jesus Christ. Sawgrass Chapel, P.O. Box 3205, Ponte Vedra Beach, FL  32004-3205.