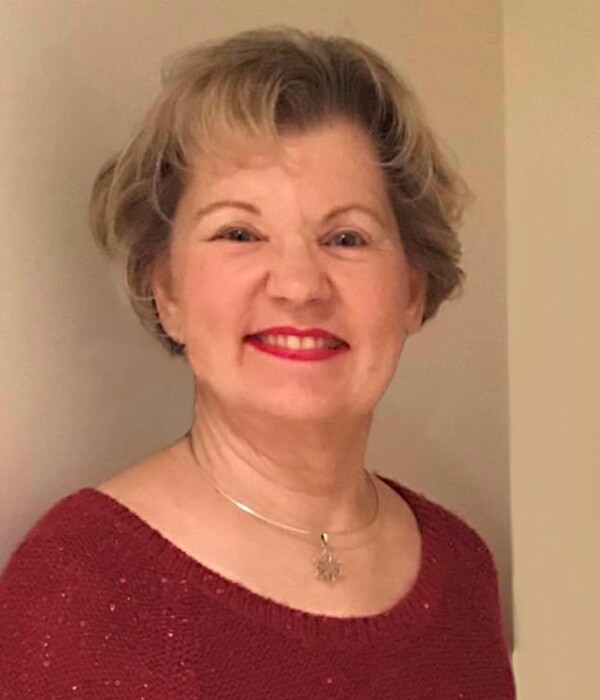 Joanne was born in Tallahassee, Florida on April 10, 1942.  She grew up in Tallahassee and graduated from Leon High School in 1960. Joanne attended Florida State University and received a degree with honors in Foreign Language Education.  On August 17, 1963, Joanne married David Brown and on their first anniversary of August 17, 1964, they welcomed the birth of their son, Richard Burton Brown.

Joanne was a trusted Senior Vice President and Financial Advisor at Morgan Stanley in Tallahassee for 26 years before retiring in 2010.  She was an active member of Blessed Sacrament Catholic Church over her lifetime.  Joanne was a respected Board member of St. John Paul II Catholic High School and Capitol Area Healthy Start.  She was active in the community through the Tallahassee Garden Club, Leon High Class of 1960, and Zeta Tau Alpha alumnae.  Joanne generously sponsored local families during the holidays through Christmas Connections.  After retirement, Joanne and David moved to Jacksonville, Florida to be near family.

Joanne had a joyful spirit and with her engaging nature she enjoyed many friends. Joanne’s family has been in the Tallahassee area since the early 1800’s and she loved all things celebrating Tallahassee.  Joanne was devoted to her faith and dearly loved her extended family.

A private Memorial Mass will be held for the family at Quinn-Shalz Funeral Home in Jacksonville Beach, Florida.  In lieu of flowers, donations may be made to Capital Area Healthy Start, 1311 N. Paul Russell Rd., Suite A-101, Tallahassee, FL 32301 or at capitalareahealthystart.org, designated to General Fund in memory of Joanne Brown.