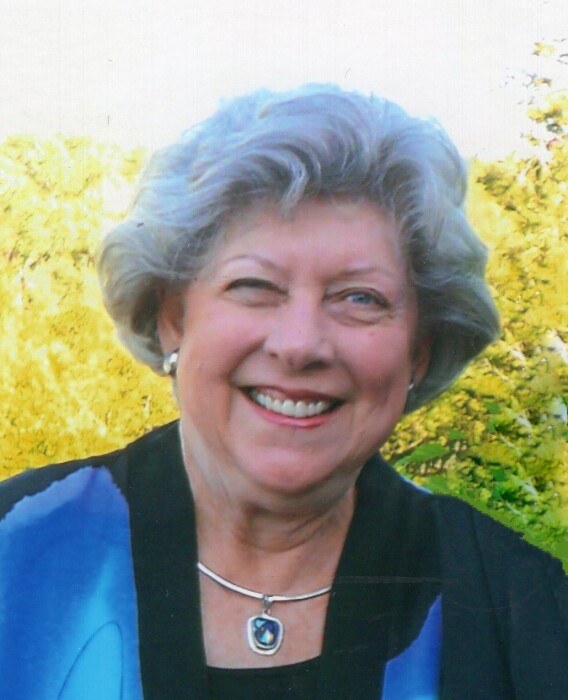 JoAnn Walton, 87, died peacefully in her sleep at home, July 20, 2020. She was born in Beatrice, AL and moved with her parents to Pensacola, FL soon thereafter. After graduating from Pensacola High School she attended business school and graduated in 1951. Her first job was a receptionist for American Airlines. She was married at age 19 to Thomas G. Logan and had three Children. Her husband was a Marine pilot and was killed in a plane crash at Cherry Point, NC in 1955. JoAnn became a widow with three children at age 23. She was a strong, independent woman and with the help of the military death benefit she bought her own house in Pensacola. She began working at Chemstrand Monsanto, a chemical company in Pensacola. In March of 1980 she met another pilot, this time a Navy pilot by the name of David M. Walton, with whom she was married for 59 ½ years. After two carrier cruises in the Pacific, she and David had three more children, and moved from California to Pennsylvania, which is where Dave grew up. Dave became a pilot for Pan American. While Dave was flying around the world, JoAnn was raising six children and doing volunteer work for Lankenau Hospital. They stayed in Pennsylvania for 19 years while Dave tried to make a Yankee out of her. That didn’t work and she finally convinced him to move to Ponte Vedra Beach, FL in August of 1983. During the next 37 years JoAnn went on many airline trips with Dave, including one vacation trip around the world. She was a member of Sawgrass Women’s Club and worked with Dave while  he was President of the Water Oak Homeowners Association. After suffering with dementia, she passed in her sleep on July 20, 2020.

She is survived by her husband, Dave Walton, six children, eight grandchildren and five great-grandchildren. In lieu of flowers, the family appreciates donations to St Jude Children’s Hospital.