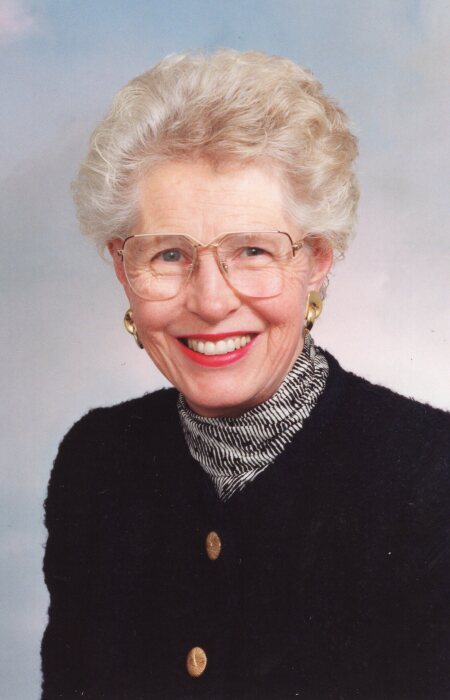 Joan Van Vleck, 90, of Ponte Vedra Beach, FL passed away peacefully January 5, 2021 after a brief stay at Vicar's Landing Health Center.  She was born July 27, 1930 in Pendleton, OR and graduated from Principia College in Elsah, IL with a BA in Education. While at Principia she met the love of her life Jim Van Vleck. During their 68 years of marriage, they travelled the world living in 2 countries (Switzerland and Belgium), 5 states (AR, MA, VA, OH, FL) and moved 18 times supporting Jim's career.

They have lived in the Ponte Vedra area since 1986.  Thirty-five years ago, while living in frigid Dayton, OH Joan bought a condo in Sawgrass, FL.  She had a love for the water and ocean, having spent many childhood summers on the coast at Neskowin, OR. Ten years in Sawgrass led them to buy a more permanent home on the beach which led to another 10 wonderful years in Ponte Vedra before moving back to Jacksonville for 11 years to pursue philanthropic interests before eventually returning to the beach and Vicar's in 2018.

Joan was a humble and kind person with a sense of humor who set high standards in everything she did. She had a soft spot for family and never missed a family event.  In her day she could be found boogie boarding in the ocean and planting sea oats in the dunes with her children and grandchildren.  Another favorite was sunset cruising with the entire family on Lake Burton, GA. She was loved by her family and affectionately known as "JJ" to her grandchildren and great grands.

She was an avid golfer, tennis player and gardener. She became a Master Gardener as well as a member of the Late Bloomers Garden Club. Her love for gardening was exhibited in the flower beds at her beach house dunes and her involvement in the Cummer Gardens, the revival of Memorial Park in Jacksonville and the establishment of Bird Island in Ponte Vedra. Joan was a smart, independent woman who was passionate about advocating for the advancement of women as shown in her involvement with the Women's Giving Alliance and the Delores Barr Weaver Policy Center.  She was not afraid to take on tough jobs and tackle them head on as evidenced in her founding the Patrick Henry Drug & Alcohol Council in VA. She practiced what she preached and was known to many as the "velvet hammer" for accomplishing hard tasks graciously. She was named one of the Top 10 Women in Dayton,OH for her outstanding community involvement and Philanthropist of the Year for Jacksonville in 2019. She truly touched so many lives in countless ways.