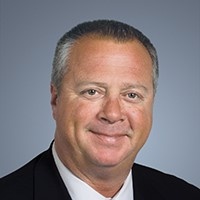 Jeffrey W. Haley celebrated his homecoming in heaven on January 9, 2021. Born August 10, 1962 to Phyllis and Herman E. Haley Jr. of Stanleytown, Va. He grew up competing with (and sometimes against) his cousins in local golf tournaments and always had a deep love for the game.

Jeff attended Bassett High School and graduated in 1980. Often described as “a jack of all trades” he was an outstanding athlete playing baseball, basketball, football, and golf. He earned two scholarships, one for football and one for golf. With little hesitation, he chose the golf scholarship to Virginia Tech where he competed for all four years.

It was at Virginia Tech he found his true passion. He graduated with his Bachelor of Science in Agronomy in 1985. He then took on the role of Superintendent at Eagle Trace Golf Course working the Honda Classic in Coral Springs, Florida. In 1989 he was asked to join The PGA Tour Agronomy department which, at the time, was comprised of a few of the best agronomists. There he had the opportunity to travel around North America preparing golf courses for competition, making everlasting friendships, and even playing a little golf himself on some of the worlds greatest courses. He often said “If you love what you do, it’s not really work” he spent 35 years doing what he loved.

Jeff enjoyed his family and fishing. He fell in love with Jacksonville and decided to make it his home after joining the PGA Tour Agronomy team. He met his wife Lisa while playing golf at The Dunes Golf Club in East Arlington. They created a beautiful life together in Spanish Point, where he was considered the anchor of the community. You may have run into him kayaking down Chicopit Bay, repairing irrigation at the front entrance of the neighborhood, or hitting golf balls at Blue Sky Golf Club. Jeff was extremely generous with his time and love for his family, friends, neighbors, and even strangers.

He will be missed by many.

A celebration of life will be held in his honor at a later date. In lieu of flowers, donations may be made in his name to the Safe Harbor Boys Home (https://safeharboracademy.com). The family would appreciate any memories and kind words be left on the guestbook."