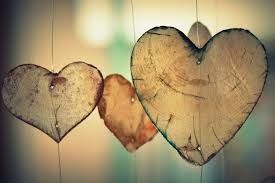 Jean was loving and kind, smart and funny, and at times as stubborn as a mule, which unfortunately she passed on to her children. After the death of her husband Gene, she had to raise and support three children as a single mom during a time when that wasn’t very common and there were few community resources to help. She didn’t blink an eye – just marched forward giving her kids the best life she could. She went to college for the first time at 36 and worked incredibly hard to earn her Elementary Education degree and two graduate degrees in Education. She had always wanted to be a teacher, but never thought she would have the chance to go to college. Completing her college degree while raising three kids took a great deal of tenacity and perseverance and made her so proud that she accomplished her dream. She spent many years as an elementary teacher, reading specialist, and administrator in the Duval County (FL) and Lee County (GA) school systems and loved nearly every minute of it! She loved to play bridge with her friends in Dawson and Jacksonville and to play all kinds of games with her sisters whenever they got together.  In 2012, she moved from Dawson to Jacksonville to be closer to her sons in her later years. Not surprisingly, she developed new friends and a new church family there when she was 80 years old.

We are thankful that Mom’s wish to be able to stay in her home until the end with her cat AJ was realized. We thank Sharon Bennett, who lived with and cared for her, and the aides from Cypress Village, especially Brittany, for making that possible. Mom, we love you to the stars and back and know that you are in the loving embrace of friends and family in Heaven – walking again with a skip in your step and probably organizing a game of bridge with old friends.