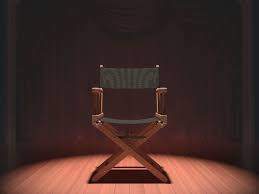 Jan was born in Toledo, Ohio to the late Hamilton and Ella May MacArthur on August 24, 1937.  She graduated from Ottawa Highs High School in 1955, graduated from Centenary College in 1957 and attended Yale School of Drama.  At Yale, Jan was active in the productions and performance of various productions.  She was a cast member in the Yale Drama School production of Cyrano (a musical play).

After college, she worked in New York City in television with Candid Camera, Naked City, Car 54 and on the movie sets of The Hustler, Lover Come Back, Touch of Mink, Bon Voyage, and If a Man Answers.  She was also a production manager for various educational films.

After working with Grey Advertizing as a product manager for numerous products for Proctor & Gamble and Ballantine Beer, Jan left Grey Advertising to become a casting & actor’s agent.  After 25 years in New York, Jan joined a talent agency in Los Angeles as a theatrical agent.  In 2012, she moved to Jacksonville to be with family.  Jan was a resident of The Cove at Marsh Landing, an assisted living facility.  She was an active member of the Luncheon Club, Movie Club and a member of the Residents Council.  As President, she worked to improve communications with management and offered new ideas for all residents.

A Memorial Service to celebrate Jan’s life will take place on March 6, 2022 at 11:00 AM at The Cove, Jacksonville Beach, Florida with Father Larkin officiating.  Burial will be at the Historic Woodlawn Cemetery, Toledo, Ohio.

The Cove at Marsh Landing