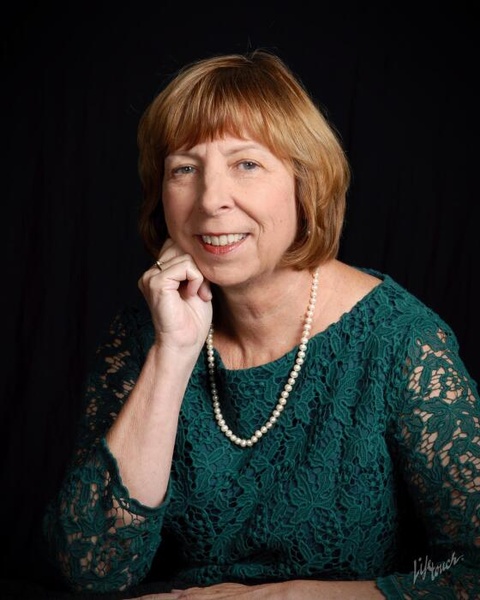 Jane Tentinger Schmidt died on February 24th after a courageous battle with Lymphoma.  She was born in Le Mars, Iowa on October 7, 1951, the second of eight children of Gordon and Maureen (Haag) Tentinger.  She graduated from Gehlen Catholic School in Le Mars and received a BA in Special Education from the University of Iowa.  On August 2, 1975 she married Tom, and they had three children, Karen (Starkville, MS), Phillip (Vicki) (Jacksonville) and Erik (Nocatee) and two grandchildren (Julianne and William).  She was a loving wife, mother, and grandmother.  She taught elementary school in Algona, IA, St. Louis, MO, and at Christ the King, Resurrection and Holy Family Catholic schools in Jacksonville.  She was a lifelong Iowa Hawkeye fan and a world traveler.  She was an accomplished vocal and piano musician and brought music and the music of life to all who knew her.

Visitation will be at the Quinn-Shalz Funeral Home, 3600 Third St. South, Jacksonville Beach from 6-8pm Sunday, February 28.  Mass of Christian Burial will be celebrated at 11 am Monday, March 1 at Our Lady Star of the Sea Catholic Church, 545 A1A North Ponte Vedra Beach, with visitation available beginning at 9:30 am prior to the Mass (masks required). Burial will be at a later date in Spirit Lake, Iowa, where Jane enjoyed spending summers.

In lieu of flowers, memorial gifts may be offered to the Spirit Lake Protective Association or the University of Iowa College of Education.