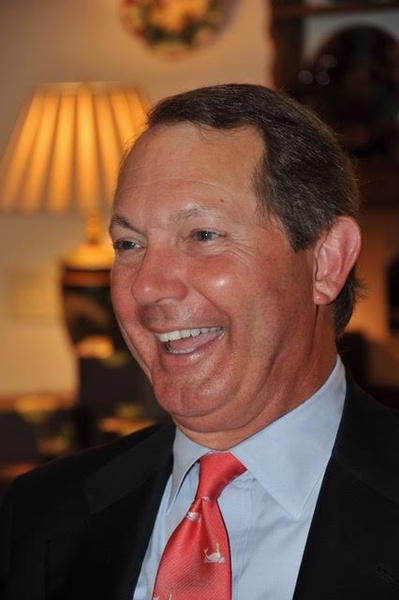 James Edward Thomas, Jr., (Jim) died June 27, 2020, after a courageous battle with COVID-19. Jim was born on April 23, 1950, in Atlanta, GA. He was preceded in death by his parents, James Edward Thomas and Dortha Jean White Thomas. He is survived by his loving wife of 45 years, Leslie Stagmaier Thomas, his two daughters, Steele Thomas Marcoux (Michel) and Katherine Thomas Jacques (Peter), and his two grandsons, Valmore James Marcoux and Michel Mills Marcoux.

Jim enjoyed a 35-year career in the financial services industry as a stockbroker, financial advisor, manager, managing partner, and co-founder of several major investment management firms. In 1977, Jim joined the Robinson Humphrey Company and was one of the first brokers to adopt comprehensive financial planning as a standard of care for his clients in the firm’s headquarters branch in the First National Bank Tower, which was known as the Five Points Office. The consummate Southern gentleman, Jim had a characteristically kind approach, and his reputation, intelligence, and keen wit resonated with clients, co-workers, and competitors alike. In 1982, the firm moved its headquarters to the Atlanta Financial Center in Buckhead, where Jim continued his successful career as an advisor. He also served as a co-trustee of an educational trust funded by RH employees for the benefit of the daughter of an RH employee who passed away. That child went on to graduate from Vanderbilt University and later received advanced degrees.

While at RH, one of Jim’s most memorable projects was the formation of the privately held Kinston Group, which comprised more than 50 shareholders, many of them friends and business associates. The group purchased the Kinston Indians, a class-A Minor league baseball franchise based in Kinston, NC, and affiliated with the Cleveland Indians.

After 17 years as a successful financial advisor, Jim opened a branch office for J.C. Bradford & Company in 1994. Under Jim’s leadership, the office thrived and became co-headquarters for the Nashville-based firm. Jim went on to establish a new branch office in 2000 for First Union Securities, which later became Wachovia Securities. He was an early pioneer within the family office space, holding positions as co-founder and managing partner of Stillpoint Advisors and Cary Street Partners from 2003 to 2014.  After retirement, he and Leslie moved to Ponte Vedra Beach, FL, in 2017.

Jim was known by his co-workers, associates, and partners for his firm handshake, genuine smile, sense of humor, fierce loyalty, and reputation for doing the right thing. He was a kind man who made those around him feel like they were part of something bigger than themselves. He left an indelible mark on the industry and those who served with him in the pursuit of improving the lives of others.

Jim was devoted to his family and to helping others. He served in Atlanta at the All Saints Night Shelter. In 2000, he traveled to Tanzania with his family to support conservation, deliver supplies, and work in service with school children. At the University of Georgia, he sponsored the Terry School business Plan Competition; organized and sponsored the first UGA Habitat for Humanity house; and served as a mentor to various student organizations. In Ponte Vedra Beach, he volunteered at Mission House and Kairos Prison Ministries. He was proud of his daughters and cherished his time with them, his sons-in-law, and his two grandsons. He was devoted to his wife and best friend, LT, and remarked that living with her in Ponte Vedra Beach was “the happiest thing I have ever done.”

Jim’s family wishes to express its deepest gratitude to the entire care team at The Mayo Clinic for the dignity and loving care delivered during his illness.