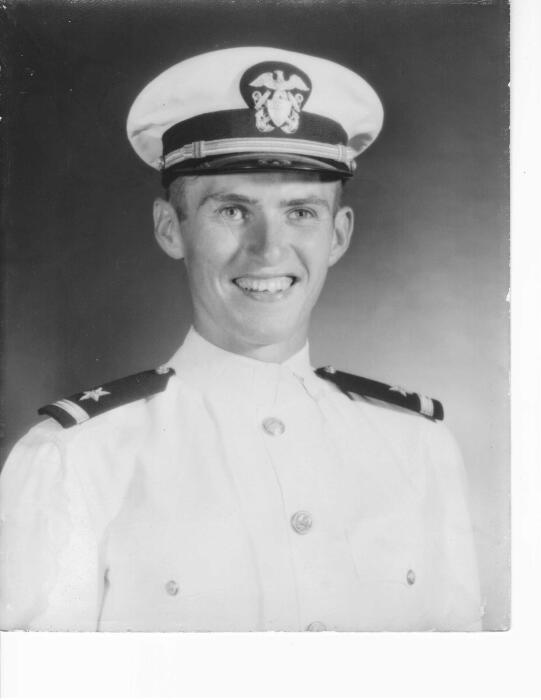 James L. “Larry” May, CAPT USN (ret), Ponte Vedra Beach, FL passed away on July 4, 2020 of a prolonged illness incurred after two strokes.  Larry was born December 20 ,1934 in Quincy, Massachusetts.  He attended Stonehill College in North Easton, MA where he played on the basketball team.  He entered the Navy and was commissioned after graduation.

His sea tours include duty aboard USS IOWA, USS MIDWAY, USS LEAHY, Staff Operations for Commander Middle East Force and later Commander Destroyer Squadron Six.  He served as Executive Officer in USS HENRY W. TUCKER (DD-875) and Commanding Officer USS McKEAN (DD-784).  HIs significant shore tours included Country Director for the Caribbean Area for the Office of the Secretary of Defense, English Instructor at the U.S. Naval Academy and Special Assistant to the Chief of Naval Personnel.  He also attended the Army War College and Georgetown University.  He served his final tour of duty as Commander of Navy Recruiting District, San Francisco.

Following his Navy career, Larry co-founded the firm of Lefkowitz and May specializing in recruiting high level IT and Tech personnel.  His love and support of activities in and around Ponte Vedra Beach include singing with a barber shop quartet and with The Sawgrass Singers, working as a carpenter with Habitat for Humanity, and supporting BRASS and the Jacksonville Symphony Orchestra.

Through a previous marriage, Captain May has two children, Christopher and Stephanie.  Stephanie is married to Drew Butz and they have two boys, Riley and Evan.  They live in Oregon.

He married Judith Mitchell on October 5, 1996 whom he met at Stonehill College, and became “Grand Larry” to five Mitchell Children – Paula, Christopher, Elizabeth, Leanne and Kathleen.

Captain May will be cremated and because of COVID-19, he will have neither a funeral nor the full military honors he so richly deserves.

To order memorial trees in memory of James May, please visit our tree store.