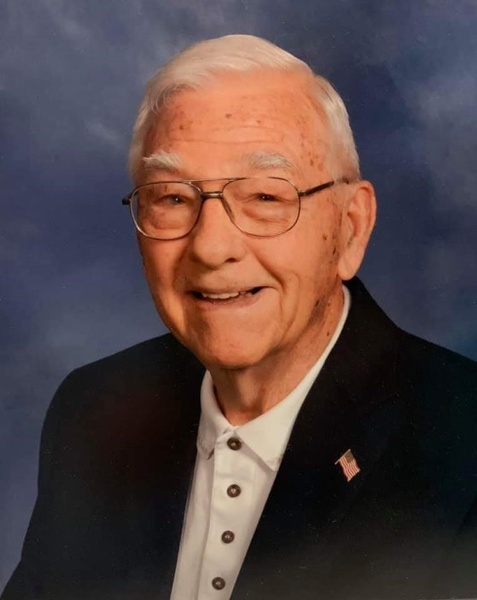 James Arthur Bersinger, 91, passed away February 7, 2020. He was born on February 22, 1928 to Lester and Grace Bersinger in Daytona Beach, Florida. He grew up in Flint, Michigan, raised his family in Flushing, Michigan then relocated to Jacksonville, Florida in 1969.

After graduating from high school, Jim attended Ferris State University then joined the U.S. Navy. He proudly served our country aboard the U.S.S. Philippine Sea aircraft carrier where he worked on the flight deck.  During his service, Jim was included in the Antarctica Operation Highjump which was a Navy operation organized by Rear Admiral Richard E. Byrd to establish the Antarctica research base Little America. After his naval duty, Jim attended watch repair school and eventually owned Flushing Jewelers in Flushing, Michigan. He also worked at Wethered-Rice Jewelers in Flint, Michigan. In 1969 his family moved to Jacksonville, Florida where Jim worked for Underwood Jewelers for 22 years. Upon retirement from Underwood's, Jim dabbled in real estate (flipping houses) and worked for an auction house. Eventually he joined the jewelry department at the Mandarin Wal-Mart where he was known for his watch battery replacement skills.  He worked there for 15 years.

In his spare time, Jim enjoyed playing golf, collecting sharks’ teeth on the beach, canoeing, visiting parks and other outdoor venues, woodworking, and spending quality time with his beloved family. He was a regular blood donor and was recognized for the number of gallons that he donated during his lifetime. He was an usher in his church and volunteered with Meals on Wheels.