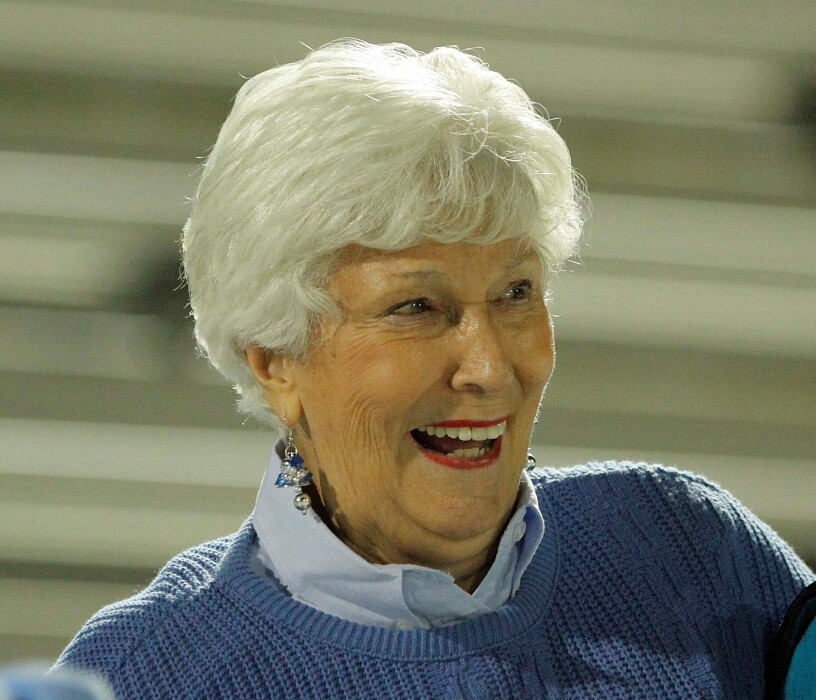 J. Carol Fehling died peacefully in her sleep on May 22, 2021 in Ponte Vedra Beach, Florida after a short battle with cancer.  She was 92 years old. Her husband of 54 years, Hank Fehling, predeceased her in 2006. Surviving Carol or “Mom/Cake/Grandma/GMa/GiGi” are her three sons, Rick, Jim, and Bill and their spouses, Marcia, Jodee, and Kathy; 9 grandchildren and their spouses; and 13 great grandchildren.

Carol was born in Reading, PA and graduated from West Reading High School and graduated from West Chester State College with a degree in music.  Formerly a Music teacher for over 30 years in the Governor Mifflin School District, Carol retired first to Naples, Florida and then to Ponte Vedra Beach. She started the first Women’s Club in Whitfield, Berks County, PA, was active in the Republican Party, a member of the American Association of University Women and a soloist and assistant organist at St James Church in West Reading, PA.

In 2010, Carol moved to Vicar’s Landing Retirement Community where she immediately became a very active member. She was the Henley House Chair for nine years, served a year as the Chair of the annual Boutique which funds local scholarships, and served on the Vicar’s Social Committee for many years, including as Chair.   She modeled in several fashion shows, was active in Tai Chi and Aqua Aerobics. Carol was also very involved outside of Vicars, including as a member and Vice President of the Sawgrass Players Club Women’s Association and as an active member of the Ponte Vedra Presbyterian Church, where she served in the annual Bethlehem Visit and in a weekly women’s Bible Study.

Carol was known by all for her smile and her willingness to help others as well as the festive way she dressed for every holiday, party and special occasion.  Her greatest joy were her children, grandchildren, and great-grandchildren. She loved all of them and they loved her. She will be missed.