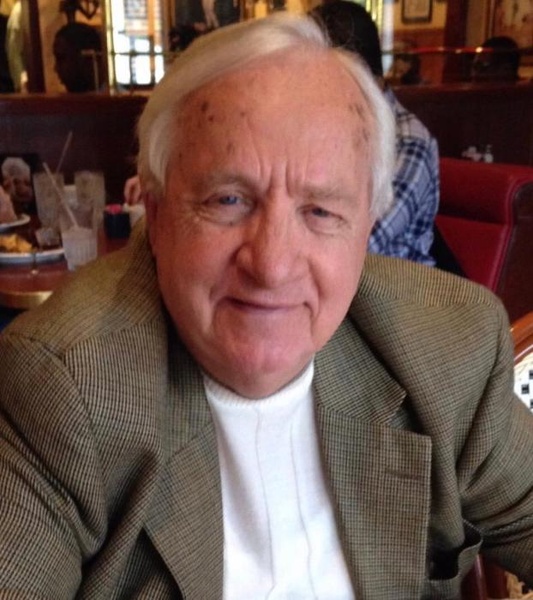 He leaves behind his wife of 46 years, Carol Murray; his daughter Heather Gordon; his son, Grady Murray, his daughter-in-law, Major Erica Murray, M.D.; his five grandchildren, Collin and Zachary Gordon, Carly Gordon-Hines, Jacob and Aubrey Murray, and many other close family and friends.

To those who knew him well he went by Hal.  His favorite past time was spent playing golf at Jacksonville Beach Golf Course with his best friend Sarj.  His claim to fame was his hole in one which became a permanent shrine in his living room.

Hal wore so many hats during his life that you cannot put them into just one category.  Just a few, he was a bat boy for a minor league team, and Manager of Woolworths in Puerto Rico.  He taught dance at the Fred Astaire and Arthur Murray dance studios, and was a D.J. for WHBI radio station in NYC.  He sold cars and became a dealership business manager.  He retired as owner and broker of Murray Realty plus oversaw many divisions within a multi-million dollar company. He was also acknowledged by the Guilderland, NY Chamber of Commerce for his contributions to the community.

He was an amazing husband and father who adored his grandchildren.  He was a member of Crossroad United Methodist Church.  Hal had an infectious sense of humor and would tease and joke around with just about anyone.  His kind and generous spirit made people gravitate toward him. He played Santa Claus for the children in our community through his church and family. He was a good role model to his children, and grandchildren, and a strong supportive husband and provider to his family.  Many family friends have called him “Dad” because he opened his heart to them.

As he would say each night as a D.J.,” this is Hal Murray signing off for WHBI.”