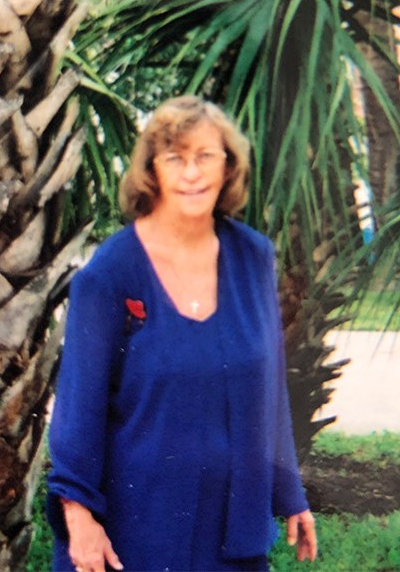 Grace Darling Wawzynski passed away peacefully on April 18th at the Community Hospice Bailey Family Center for Caring in St. Augustine, Florida. She was born on March 7th, 1934 in Beach Haven, New Jersey and was named after the English heroine who saved crew members from a shipwreck along with her father, a lighthouse keeper, in 1838.

Grace graduated from Barnegat High School and briefly served in the U.S. Navy prior to moving to Philadelphia where she worked as a secretary for Curtis Publishing and attended Temple University.  She met the love of her life, Felix Wawzynski, in Philadelphia where he was stationed in the U.S. Navy. They were married in 1962 and he was immediately stationed at Guantanamo Bay, Cuba. Grace lived all over the world as part of her husband’s 30-year career in the military. She continued her career as a secretary for the federal government. They retired in Neptune Beach and were active members of the community. Upon Felix’s passing in 2000, Grace moved to Jacksonville Beach and continued her community involvement and love of travel and adventure. She was a member of the American Legion Post 129, Moose Lodge 1558, and an active supporter of the Players By The Sea Theatre and Beaches Fine Arts Series.

A Funeral Service will be held at 11:00 a.m. Friday, April 30th, 2021 at St. Paul’s Catholic Church with graveside service following at Warren Smith cemetery. In lieu of flowers, donations may be made to the Beaches Emergency Assistance Ministry ( B.E.A.M.) or the charity of your  choice. A celebration of her life will be held at a later date.