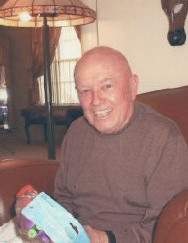 The world lost a true American, a “straight arrow”. George W. Sherlock passed away on April 28, 2022. George was born on March 24, 1922, in Kearny, New Jersey. He obtained his college education at Rutgers University, majoring in marketing and further studied sales and marketing at the graduate school, Syracuse University.

He served in the military from 1942-46 during WWII. George was an Army Ranger Trained Reconnaissance Platoon Sergeant and experienced combat action in France and Germany. He received 14 awards and commendations, including The Expert Infantry Badge, The Combat Infantry Badge, 3 Battle Stars, a Bronze Star, and The French Legion of Honor. After WWII, George joined a Marine Corps Active Reserve Unit in New Jersey and served until a career promotion transferred him to Florida. George is a charter member and Honoree of the WWII Memorial in Washington D.C. He is also a charter member of the Sons of Bitche (French Fortress City and the southern fringe of the Maginot Line in the Vosges Mountains).

His career in sales and marketing spanned 34 years, all with the C.F. Mueller Co., headquartered in New Jersey. George was a company officer and vice president of sales and marketing before retiring in 1982. He then worked as a consultant for Familiar Foods, a California company for 12 years.

After retirement in 1982, George and his wife, Helen, moved from Summit, New Jersey to Skidaway Island, Georgia, a suburb of Savannah. Nine years later, they moved further south to Ponte Vedra Beach, Florida, and then to Jacksonville. At 100, George credits his longevity to strong booze, fast cars, hot women, and sauerkraut.