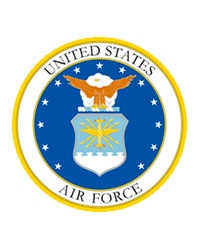 Born in Piedmont, AL on October 7,1929, Fred graduated from Piedmont High School, and served in the Air Force thinking he might receive a warm exotic assignment, but instead was sent to Fairbanks, Alaska. Upon discharge at Eglin Air Force Base, he established a deep connection to the gulf coast, teaching water skiing, skin diving and enjoying life above freezing.

Fred graduated with an engineering degree from Auburn University in 1954, and wore his orange and blue with pride.  Upon graduation he began his career in Troy, Alabama in apparel manufacturing with Alatex and Cluett Peabody.  In 1962 he and Barbara moved to Andalusia, Alabama where he continued his career with Alatex and later became president.  They spent the next nineteen years raising their three children, establishing lifelong friendships and were always proud to call Andalusia home.  In 1981 Fred and Barbara moved to Weston, Connecticut and afterwards to Barneveld, New York, where he continued his career as a Vice President of Cluett Peabody and President of Duofold Inc.

After retirement he enjoyed several volunteer assignments as a manufacturing consultant in Barbados and Egypt. Fred and Barbara retired to Atlanta before returning to the panhandle. There he settled into an easy coastal life on his own slice of paradise in Mary Ester FL, returning to sailing, piddling during the day and enjoying the shank of the evening on the dock.

He will be remembered by all as kind, playful, generous and patient.

A Memorial Service will be held at the First Presbyterian Church in Andalusia, AL at 10:30 am on August 7, 2021 for both Fred and Barbara (who passed away in the early stages of the pandemic on April 24, 2020). In lieu of flowers, Memorials may be made to Samuel Ginn School of Engineering, Attn: Wade Welch,1320 Shelby Center, Auburn University, AL 36879.