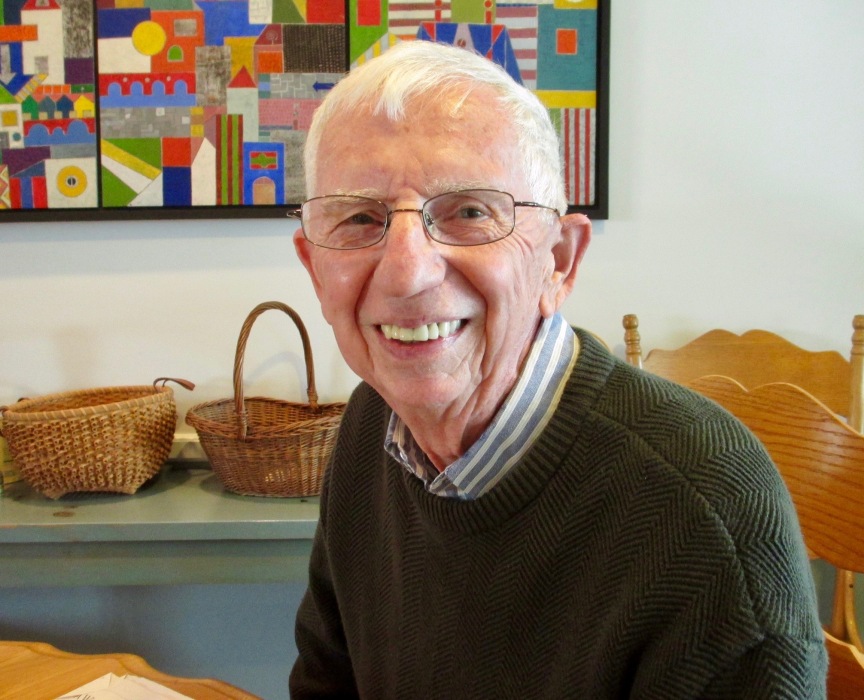 Francis served as a Lieutenant in the U.S. Navy from 1957-1961, when he began a distinguished teaching career at Bishop Kenny High School. He taught English at Bishop Kenny from 1961-2000, inspiring generations of students to love literature, language, and writing. He served St. Paul’s Catholic Church in Jacksonville Beach as a lector and eucharistic minister, and later in life he volunteered at Baptist Beaches Hospital. In all public duties, he was known for high standards, a keen wit, and love and respect for life at all stages.

Francis is survived by daughters Martha and Aggie; sons Paul and Andrew; son-in-law Jeff; daughters in-law Jeanne and Elena; grandchildren Jeffrey, Rebecca, Kaitlin, and Maria; sister Jayne, and brother Gregory. He was predeceased by his lifelong love, partner, and wife, Maria, and by his son, Francis.

A Mass of Christian Burial will be celebrated at 11:30 a.m. on Monday, July 26, in St. Paul’s Catholic Church with Reverend Monsignor Michael R. Houle as Celebrant. In lieu of flowers donations may be made to Bishop Kenny High School at https://www.bishopkenny.org/giving/make-a-gift-today.