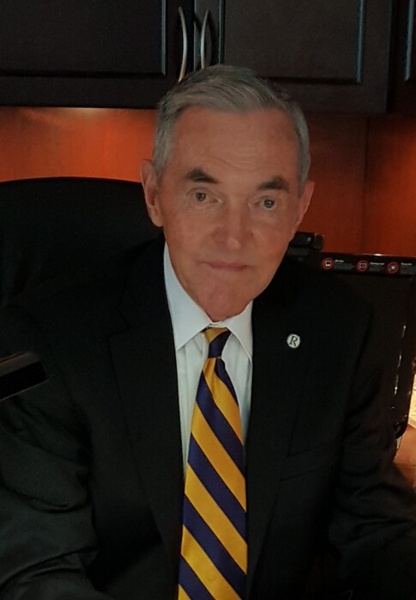 Francis Hurlbert Barker, our incredible husband, father and pop pop, passed away peacefully on July 30, 2021. He was born in Jacksonville on July 24,1930, the son of Clara Hurlbert and Dorsey Barker.

He attended Jacksonville Junior College and then transferred to Rollins college in Winter Park, Florida from 1949-1953,  and majored in Business Administration. He was a 2 sport athlete, starring in baseball and basketball. He met and married Daryl Lou Stamm ( deceased) August 4,1953 and they were married for 66 years.

He was an army infantry officer at Fort Benning, Georgia in the Officers Candidate Program. He then went on to serve in the Army Reserves and became a Captain in the Florida National Guard until his discharge in 1966. He began a career with Johnson and Johnson as a salesman in 1961. He advanced through several managerial positions to National Sales Manager before being named Vice President and General Manager of the Healthcare Division. Later he would be promoted to Company Group Chairman with international responsibilities in Asia, Australia, New Zealand and South Africa. After 34 years, he retired from Johnson and Johnson in 1995 as President of the Johnson and Johnson Healthcare Management Company. After retiring, he and Daryl moved back to their beloved Florida where they resided in Ponte Vedra Beach.

He is survived by his son Bruce and his wife Pam, his daughter Doane and her husband Kurt and his 5 grandchildren Chris, Jake, Kevin, Jamie and Alyssa.