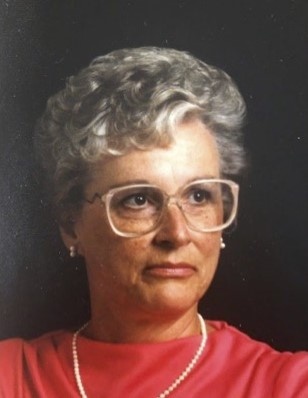 Florence Chandler Mullin passed away peacefully on January 7, 2021 of natural causes at Fleet Landing Retirement Community in Atlantic Beach, Florida. She was born on July 8, 1929 to Henry Poor Chandler and Florence McArdle Chandler in Boston, Massachusetts and spent her early years living in Brookline, MA, Andover, ME, Tuftonboro, NH and Arlington, VA. Florence studied Art at the University of New Hampshire and graduated with a BA degree in 1952. She met her husband, George Mullin, while working for the US Government in Arlington, VA and they were married in 1953, three months after they met. They were happily married for 36 years until Colonel George Mullin's death in 1989.

Marrying a career serviceman meant traveling around the world to wherever the Army took the family. Florence took on the challenge of raising five children while keeping the family together as a "career" Army wife as the family grew and moved from the United States, to Europe, to Central America, and back to the US. After the Colonel's retirement, the family moved to Boscawen, NH for a number of years before finally settling in Labelle, FL.

Florence was an accomplished seamstress and knitter. She sewed her own wedding gown, which was also proudly worn by two of her daughters on their wedding days. Her Irish Fisherman and Scandanavian design sweaters are beautiful testaments to her skills with the knitting needle. Florence was an avid gardener and especially loved petunias. There were always cut flower arrangements in her home. She was passionate about art and classical music, and had her own very distinct and steadfast opinions about both! She had a very wicked sense of humor and always appreciated a good joke or clever limerick. Florence was an avid reader and had an amazing amount of trivia stored in her brain--she was a fierce competitor in the game of Trivial Pursuit, and loved watching Jeopardy while eating a bowl of ice cream and calling out the correct questions to the answers 99% of the time.

Florence will be remembered as a devoted wife and a loving Mom, Grammy, and Great-Grammy. She was predeceased by her siblings, Catherine Wengraf, John Chandler and Henry Chandler. She leaves behind her five children: George, his wife Barbara of Amherst, NH, grandsons Sean, his wife Elissa, and Scott, his wife Sarah, and great-grandchildren Reese, Chase, Micah, and Callum; Judith Sutherland, her husband John of Jacksonville, FL, grandchildren Jennifer Sutherland and Michael Sutherland, his wife Samantha and great-grandson, Henry; Melanie Deshaies, her partner Steve Green of Penacook, NH, grandchildren, Benjamin and Elizabeth; Michael Mullin, his wife Pam of Clearwater, FL, and her children Doug Turnbull and Jordan Turnbull Ruoff and their families; and Pamela Cooper, her husband Rick of Labelle, FL, grandchildren Kelsey and partner Mack Radford, great-grandson Luke, and grandsons, Clay and Dustin.

The family would like to thank the many kind people who cared for Florence in her later years.

Private services will be held at a future date. Florence will be buried with her husband at Arlington National Cemetery at a later date. In lieu of flowers, the family requests donations be sent in her name to: Community Hospice & Palliative Care, 4266 Sunbeam Road, Jacksonville, FL 32257 OR Nancy House, 1 Fleet Landing Blvd., Atlantic Beach, FL 32233.