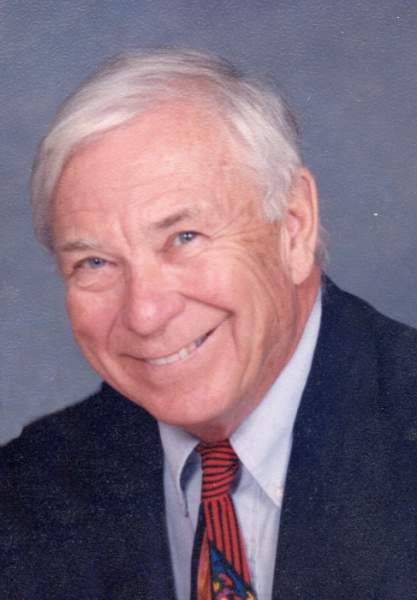 His childhood years were spent in Easton, MN, graduating from Wells High School in 1949.  He attended St. Thomas University in St. Paul, MN for three years on a baseball scholarship before entering the Navy in 1952 and earning his wings in 1953.

He served his country for 32 years with various assignments included serving in Squadrons VA-95, VT-26, VF-11 & VA-174, commanding officer of VA-82, executive officer of the U.S.S. Franklin Delano Roosevelt, commanding officer of the U.S.S. Savannah and finishing his Navy career in 1984, serving as a staff officer with CNTFLT Fleet. Gene was an instructor for the Fleet Air Gunnery Unit, which was the Navy's Top Gun, in El Centro, CA.  He flew more than 100 combat missions over Vietnam and some of his commendations include a bronze star with combat “V”, Air Medal (10), Defense Superior Service Medal, Navy Commendation Medal (4), Meritorious Service Medal (2), China Service Medal, Korean Service Medal and Vietnam Service Medal (2).

Upon his retirement in Atlantic Beach, he worked as a tax preparer with H&R Block for 25 years.

He was preceded in death by his parents, his brother Jimmy and his son, Mark.

Mass of Christian Burial will be held at 10:00, Saturday March 20th at St. John the Baptist Catholic Church with Reverend Rafael LaVilla, 2400 Mayport Road, Atlantic Beach, where he was a charter member and active in the church for over 53 years.  Interment will be at Jacksonville National Cemetery on a later date.

Donations may be made to the  the Jacksonville Humane Society (www.jaxhumane.org) or Friends of Jacksonville Animals (www.friendsofjaxanimals.com).