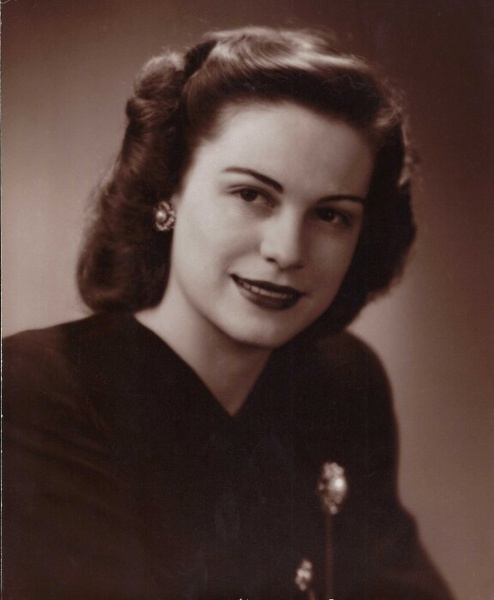 Ethelyne A. Harby passed away on Thursday, October 7, 2021 at her home surrounded by family and loving caregivers.

Ethelyne was born in Paxton, Florida on May 23, 1927, the second of five children of Dan and Florence Adams. She graduated at the top of her class at Paxton High School and graduated from St. Vincent’s nursing school.

Ethelyne met her lifelong love George while completing her training at St. Vincent’s, and marriage and four children quickly followed. Ethelyne’s parenting style can be summed up by her approach to the kids’ summers: they were spent outside, barefoot, on bikes in the neighborhood, or on boats at Kingsley Lake, free to roam as long as they were home by dinner!

Starting in the mid-1960s, Ethelyne joined George in working for the family business, Harby Jewelers, in downtown Jacksonville. She loved her work and had a knack for sales. Many customers specifically requested shopping with Ethelyne for the experience of Ethelyne’s certain soft touch. Ethelyne especially looked forward to their trips to New York City for the annual jewelry show, where they always took in the latest Broadway show.

George and Ethelyne travelled extensively, and as they aged spent most of their summers together in their home in North Carolina. When in Jacksonville they were often on their back porch or dock talking and enjoying each other’s company. Theirs was a great love!

Most days of her life, Ethelyne could be found engaging in her favorite pastime, working in and among her plants and flowers. Her home garden was always a standout in the neighborhood.

After her children were grown and left the nest, Ethelyne decided to learn to fly. At age 62, she earned her instrument rating and could often be spotted in the skies above Herlong Airport piloting her Cessna.   When not flying she enjoyed the camaraderie found in the women’s pilot group the Ninety-Nines.

As the years passed, Ethelyne spent time reading, listening to music, and reminiscing on the happy events of her life; appreciating her life lived with few complaints. All who met her were touched by her humor and gratitude for life’s gifts, which she passed through and onto us. Always humble, often to a fault, her magnetic personality nevertheless struck everyone she met.

Friends are invited to join the family for a graveside service on Saturday, October 16 at 10:30 am at Evergreen Cemetery. A reception will follow at the home of Hugh and Cindy Harby. Arrangements are being made by Quinn-Shalz.

Ethelyne’s ministry was to family and friends, so in lieu of flowers please spend some extra time in her honor with those closest to you.

The family would like to especially thank the caregivers who have lovingly cared for their mom over the past few years.