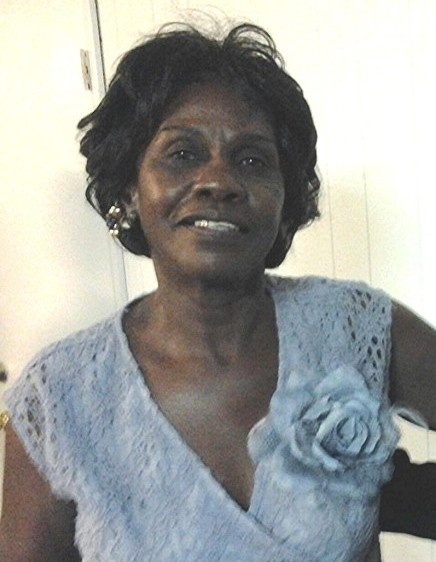 Estella Brown Freeman, age 75, passed away on the evening of October 1, 2019.  Born on July 17, 1944, in the Cosmo area of Arlington, in Jacksonville, “Stella” as she was affectionately known, attended local schools and was a graduate of Douglas Anderson High School, Class of 1962.

Stella was employed for several years as a switchboard operator, secretary, data entry clerk, and telex operator, with several local companies including Union Carbide, The Charter Company, Union Camp, and Crowley Maritime.  After retirement, she stayed busy doing a number of jobs, including as a housekeeper, a Walmart greeter, a voting precinct worker, and a laundry attendant.  Stella often volunteered as a Salvation Army Bell Ringer, participated with Seniors On A Mission, but most enjoyed being a school crossing guard in the Arlington area.

One of her favorite things to do was to walk on the beach and attend the Jacksonville Beach’s “Springin’ the Blues” Music Festival each year.

She is predeceased by her father, Walter Brown; her mother, Allie Mae Searles; her stepfather, John Henry Searles; her sister, Betty Rhodes; her niece, Renella Hilton, and her daughter-in-law, Veronica Freeman.

A Memorial Celebration Service will be held at 11am on Saturday, October 19, 2019 at The Holy Church of the Living God Revival Center, 1700 Frances Avenue, Atlantic Beach, FL  32233.