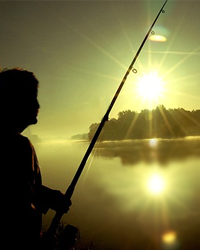 Ernesto Medina, age 78, passed away April 17, 2022, following complication from cancer. Ernie was born June 26, 1943, the youngest of 4 children to parents, Ernesto Medina Mallarino and Marie Medina in Bogotá, Columbia. The family moved to Louisville, KY, when Ernie was 12 years old. He attended the University of Louisville studying engineering before graduating with a degree in Psychology from the University of Kentucky. While at UK, he was a member of Lambda Chi Alpha fraternity. Ernie was employed by GE in their Engineering Management Program and by United Technologies/ Carrier working in international sales and marketing. He lived in Puerto Rico, Brazil, New York, Arkansas, Georgia, Miami, and since 1999 Jacksonville, FL. He traveled extensively professionally as well as for personal enjoyment. He spoke Spanish, English, Portuguese, French, Italian and some Arabic. Known for his outgoing personality, Ernie loved people, travel, boating, fishing, and motorcycling.

Arrangements for a Memorial Service to be provided at a later date. In lieu of flowers, donations may be made to the National Parks Foundation or the American Cancer Society.