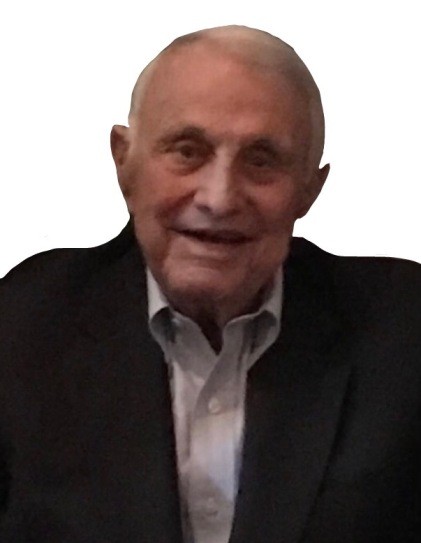 With heavy hearts and much sadness the Schiavone family shares the passing of their family patriarch, Emil Raymond Schiavone.

Born into an immigrant family on September 10, 1928 in Bolivar, New York,   the son of Anna Marie and Carmine Schiavone.  The youngest child with 6 siblings who adored him.  Each Member of his family worked hard to become successful in their own right, from his parents to all of his brothers and sisters,

The entire Schiavone family was the epitome of the American dream.  No one loved believing in and honored their new country more than Emil and his family.  Their family grocery business was established in Youngstown, Ohio during the great depression where they were well known for their kindness and compassion for the plight of those not as fortunate.

Emil Schiavone attended Fitch school in Youngstown, Ohio until his father decided his spirited son would attend Hargrave Military Academy in Chatham, Virginia.  Upon graduation he proudly joined the Army and went on to serve his country during the Korean War.  After his return he headed to sunny West Palm Beach, Florida where his family had relocated.  Emil attended the University of Tampa on a football scholarship, graduated, taught school and continued on to attend Stetson Law School.  During summer breaks he and his buddies would head to a well-known summer resort in New Hampshire. It was during this time that Emil met his longtime love, Phyllis Ann Regan.  They were married in 1955 and began a 66 year journey together.  Years of family fun and, of course, amazing food defined their time together; along with extensive worldwide traveling, experiencing many exciting times and adventures.

Emil founded St. John’s Beverage Company in 1963.  He was a high profile and well respected pioneer in the beverage industry and went on to own distributorships in St. Augustine, Coco Beach and Gainesville, Florida.  He was a man who loved to work and loved what he did every day of his life.  Well known in the Gainesville community as a kind, giving, generous and fair man, employing many people in and around the community over the course of his 50 years in business.  He had many close friends who loved to gather at St. John’s Beverage’s warehouse Saturday mornings and pre-game before Gator Kickoffs.  He was, along with that posse, an avid fan of Florida Gator sports and a very active member of the Gainesville Quarterback Club for many years.  He enjoyed his time as a Bull Gator and loved talking to coaches and players, many he had employed at the warehouse part-time to help them financially during their college years.

Emil was an established and successful businessman, sitting on boards of several local banks.  He served as state and national president of both the beer and wine industry, and was very instrumental in helping with the legislation of franchise and other beverage laws.  He received many, many outstanding sales, distributorship and leadership awards.  He truly loved his life.

Due to the current health crisis a private mass will be held in Ponte Vedra, Florida.  In lieu of flowers the family is asking that contributions be made in honor of Emil Schiavone to the University of Florida Education Fund.  Emil loved supporting the student athletes.  Contributions may be made on line at gatorboosters.org and/or checks can be mailed to Gator Boosters, Inc, P.O. Box 13796 Gainesville, Florida 32604.  Spiritual Bouquets are also appreciated.