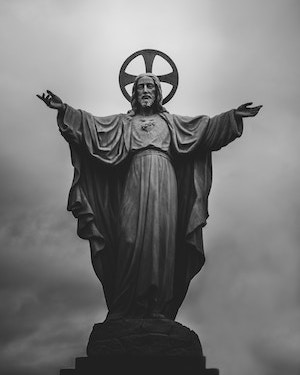 Elizabeth “Betty” Cadle was born March 17, 1927 in Morgantown, West Virginia to Michael Crynock and Mary “Marie” (Dargia) Crynock.  She spent her last years near family in the Ponte Vedra Gardens assisted living facility in Ponte Vedra Beach, FL.  Betty died peacefully and went home to be with the Lord on September 10, 2020.  She is survived by her granddaughter Heather Yearwood and her grandson Eric Yearwood.  Betty was the third of 5 siblings, Martha, George, Theresa and Michael.  Like many Americans in the 1920s and 1930s, the family lived a very modest life, so Betty left home at 16 to find better employment and make her way in the world.  She worked her way up to become the assistant to a senior officer at Wright Patterson Air Force Base in Dayton, Ohio.  Betty was involved in many important events at the base in the 1960s and 70s including the selection of Apollo astronauts.  While work was a point of pride, her first priority and love was her family.  Betty had a happy marriage with her first husband Howard Carter, and in 1950, Betty gave birth to her only child, a daughter named  Nancy Ann.  Nancy was her pride and joy, and throughout Betty’s life, they were the best of friends.  In 1979, Nancy gave birth to her son Eric and, in 1981, her daughter Heather.  Betty was overjoyed at becoming a grandmother, and she lavished her grandchildren with great love and affection.  In 1989, Howard died unexpectedly of a heart attack.  Several years later Betty retired to Venice, Florida.  Nancy and the children later moved to nearby Sarasota, and Betty remained closely connected to them.  Betty met and married her second husband Fred Stepat in 1992.  They also had a loving marriage, but Fred passed from a heart attack in 1997.  Betty eventually met and married her third husband Carlton Cadle in 2000.  They shared a joyful home in Sarasota before Carl passed in 2007.  After the loss of Carl, she moved to Ponte Vedra Beach, close to Heather, where she befriended all those who met and cared for her.  Betty was humble, hard working, gentle, and sweet, but she was also spicy and hilariously funny.  She loved dancing, shopping and her dachshunds, but above all, Betty loved Jesus.  Her faithful devotion to Christ had a lasting impact on those who knew her.  She lived a full life and is now reunited in heaven forever with family, friends, and the Lord.